Our children are like a sponge, picking up the good, the bad, the ugly.  As parents we need wisdom and discernment to know what’s natural and what’s not. We need to know how and when spiritual warfare affects our children.

Our Miss 4 is very intuitive,  and I well remember her walking into a Bible Study where tones had gotten a bit loud and ‘robust’ and asking as she breezed through, “How’s your worship going, everyone?”  And we all caught our breath at the profound nature of her question in the current setting.

Our children can often pick up if someone is dangerous before we will and an upheaval in the home can cause a regression in sleep, behaviour or toilet training.   Just like we are realising that toxic chemicals in our homes and food can cause  problems and affect behaviours, the toxic attitudes and words in our homes and things on tv can affect our children’s behaviour.

Often times if there is a sudden change in our children’s behaviour, sleep or health, we start digging deeper and asking why, and these are three things we’ve narrowed down; cracks to inspect for if you will.  One caution here is to not get into fear.  Jesus is bigger than this stuff, and we don’t need to go chasing it.

Simply ask God if there is something in this list that you need to deal with and He will bring it to mind if there is.   I’ve listed the steps below that we use to deal with each area, and remember that sometimes health issues are natural and a result of our poor diets and the world we live in.  (I’ve written more about how Spiritual Warfare Affects Your Health here) 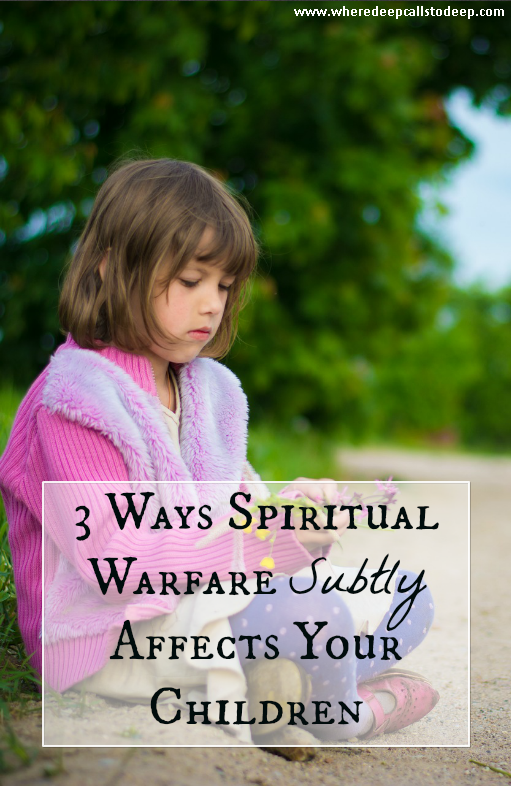 Have you ever though to yourself, ‘my children would never do that.’  That’s often a thought that is based in pride, and it’s called a judgement, and we’ve often found that if our children are behaving poorly it’s because we’ve looked at someone else and judged ourselves to be better.

This can be what the Scripture in Matthew 7:1-4 means

“Do not judge, or you too will be judged.  For in the same way you judge others, you will be judged, and with the measure you use, it will be measured to you.  Why do you look at the speck of sawdust in your brother’s eye and pay no attention to the plank in your own eye?   How can you say to your brother, ‘Let me take the speck out of your eye,’ when all the time there is a plank in your own eye?”

Heart motives are so important to God, and pride is something He hates.   My husband shares an incident that happened at work with a forklift that really highlighted to him the importance of not judging in pride.

If God is bringing something to mind here, you need to simply confess to Him, “God I confess of judgemental, prideful attitude in regards to ….. and I ask that all seeds I’ve sown be uprooted and any roots or fruit that it has borne be uprooted and cut off.  I thank You that you grow good fruit in that place.”

Now to grow good fruit in that place, bless the person you have inadvertently judged.  “God, I bless that person to know Your wisdom and grace in their parenting, and I also.” 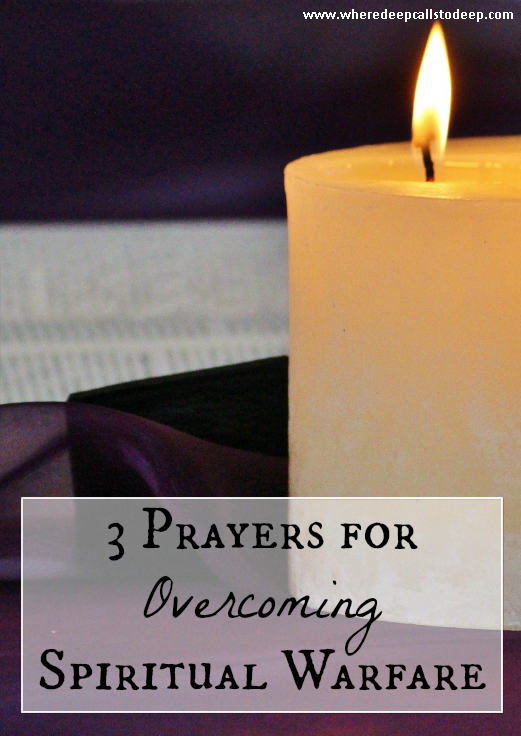 Doctors say that so many cases of sickness are due to bitterness and unforgiveness and I’ve certainly known that to be true.

Matthew 6:15  But if you do not forgive others their sins, your Father will not forgive your sins.

The whole ministry of Victorious Ministry Through Christ was birthed when the founder Anne White had a very sick child who would have died of asthma and she was desperately praying asking God for healing, when He directed her to forgive her mother in law.  She did and the son never had another asthma attack in his life.

Prophet, Nate Johnston talks about traumatic years  of night terrors and spiritual warfare, where he would roam the house as a child and how this was directly related to a forgiveness issue.

I’ve written in depth about forgiveness and what it is and isn’t over on my blog, Is Unforgiveness Preventing Your Physical Healing, and told the story of a physical healing my father in law received when he chose to forgive himself for a silly mistake he’d made.

What You Allow in Your Home

When you have something in your home that was used in occult services or is a direct tribute to another god, eg a Buddha it may seem harmless but I’ve seen so many instances when people in that home can be suffering from mental illness or a mystery illness, and once the thing is disposed of the person is dramatically healed.

Some people contend that these objects only have power if you give them power, whatever that means, but by allowing them into your home, you are bringing yourself into agreement with what that object represents.

We need to be careful and prayerful what we bring back from other countries.  Some things can be prayed over and ‘cleansed’ by anointing with oil, and setting it apart as Holy unto God, and other things simply need to be destroyed.   There are many instances in the Bible when the Israelites went into battle and God would command them to destroy everything where other times He would allow them to keep everything.

Another sneaky means Satan uses to influence us is by what we allow into our homes by way of screens, music and books.     This can manifest in children having night mares.  It is one thing to have a bad dream, it’s another thing to be plagued by nightmares.   And dream catchers are utter nonsense; they are not of God, but from occult roots.  Pray “God I repent for watching/ reading such and such and thank you for your forgiveness.”  Anoint your child’s head with oil which is symbolic of the Holy Spirit coming to rest on them.

When you watch something you are coming into agreement with it.  Even many children’s books and shows now have elements of the occult in them, and as parents we need to watch over what we are allowing them access to.    Our children’s attitudes and health have both been affected by this in the past, but once we have disposed of the object God has shown us, they have been back to their normal selves. 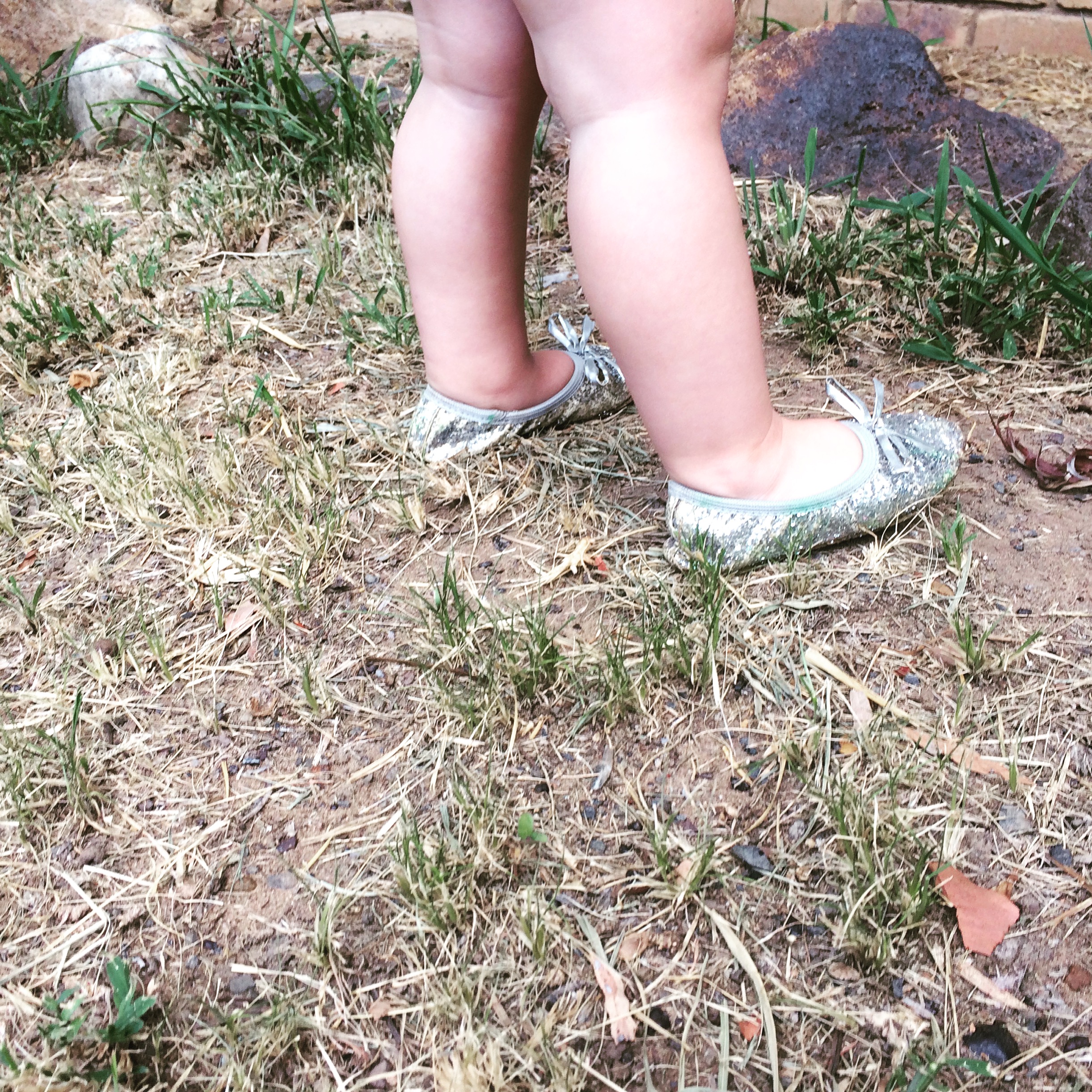 I’m not against tv, my children just watched 2 hours of Postman Pat on a very hot day, so I could write this blog post, but I am very conscious of what they watch.

You don’t have to go on a hunt through your home, simply ask God to show you if there is something that He would rather you dispose of and He will.  Then pray, “God I repent of allowing this thing into my home and in Jesus Name bind any unholy spirits that have entered my home and tell them to leave.”  Perhaps God will give you specific names of things to leave.  Bind them in Jesus Name and tell them to leave.

If you feel you need to, anoint with oil the doorways and corners of your home and dedicate it to God, and share communion.  When we share communion it declares the victory of Jesus Christ over our homes and lives.  Thank Jesus for His death on the cross and that  as it says in Col 2:15 He has  ‘. . .  disarmed the powers and authorities, he made a public spectacle of them, triumphing over them by the cross.’

When we directly disobey God it can give the enemy access to our lives.  Sometimes we don’t even realise we’ve done it except that everything in our lives suddenly goes crazy, and we start praying about why and God brings to remembrance an uneasy feeling when we brought a book or DVD into our home, or perhaps we did something we know He directly told us not to even if we didn’t understand why He told us that.    This has happened to us several times, and I’ve shared a few of those incidents over in this post.

God has been highlighting to me the power of obedience in the little things, not just the big things.  We expect our children to obey us, but we’re a bit slack sometimes in obeying God and the little promptings He gives us.   I used to teach children in Sunday School that obeying our parents in the little things was important even if we didn’t understand why, because one day they might give us an instruction that could save our lives, and if we had a habit of disobeying it could be a disaster, this is true in our relationship with God too.

I used to be far too casual about disobeying God when I couldn’t understand why.  My mentality was just repent and it will like Ctrl Z on the computer that nothing ever happened but God has really been dealing with that attitude.   God can certainly redeem situations but there are consequences to our actions. 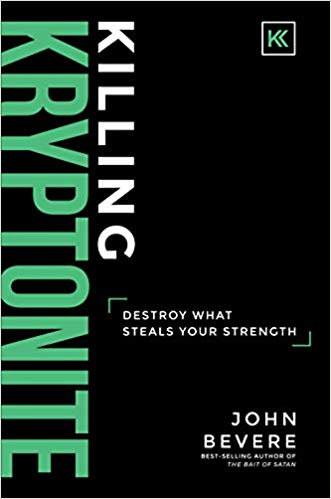 Sometimes we can make something such an idol that we are willing to do anything to get it even if that means we disobey God or enter into ungodly partnerships.     John Bevere shares in his book Killing Kryptonite about how he had a book that  really wanted to publish even though God had said not to, and that from the point he signed the contract he and his family were plagued by illness and trouble that he attributed to the demonic, but never overcame until he repented of signing the contract God told him not to sign and got out of it.

God later gave him the release to publish a different book on a different topic that sold millions of copies.

We’ve had a similar experience several times when we made an idol out of something that God said was good, but not the right time or right partnership and we just pushed ahead thinking we knew better though we would have advised anyone else in a similar situation not to do what we were doing.  Sometimes, yes God gives us crazy plans, but if you’re extremely uneasy about it and there is blockage after blockage and nothing going right, time to reevaluate.

And through out all this I want to stress that when we confess our sins God is faithful and just to forgive us our sins and cleanse us from all unrighteousness. I John 1:8

And that He can redeem our situations in unexpected ways even though it would have saved us a lot of trouble if we’d listened to His voice in the first place.

Jesus Name, His Word and His Blood are the weapons that we war with, and we don’t need to be afraid.

One thought on “When Spiritual Warfare Affects Your Children”