Where your brain is seeing ridiculous images, is tortured over you’re not quite sure what, you’re moody and weepy; it’s plain awful and debilitating.  I’ve experienced this and I want to share a few spiritual keys to breakthrough for anxiety and depression, because this has affected my health at times. 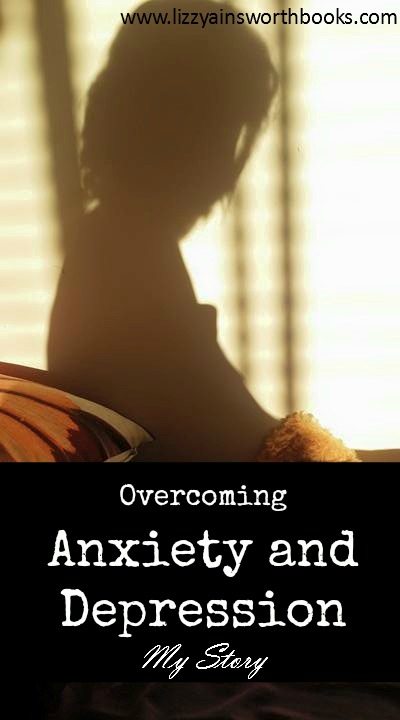 Sometimes anxiety is a hormonal or nutritional imbalance.  The Food Matters dvd  has great information on the supplement Niacin and magnesium which really help with depression and panic attacks. I’ve personally seen two friends have their panic attacks stop when they started supplementing with magnesium, and giving my toddler an Epsom salt bath dramatically improves her mood when she’s weepy. (Also helps with constipation, growing pains/cramping and brain function BUT if your BMI is extremely low, you can overdose easily.  This is not medical advice; consult a medical practitioner before starting supplements)

Your gut health has a huge part to play in this too.  Recently all the good bacteria was wiped out in my gut due to intravenous antibiotics after the supernatural childbirth of our second child, followed by toxic mould poisoning, finished off with Salmonella.   If your good bacteria isn’t in a healthy place, your gut struggles to produce serotonin which is responsible for happy feelings, the bad bacteria goes crazy and punches holes in your gut and then toxins leak out into your bloodstream and goes straight to your brain, causing brain fog and anxiety, the one thing I never thought I’d be hospitalised for.    Thankfully the GAPS (Gut and Psychology Syndrome) diet can help  heal this, along with autoimmune diseases, and autism.

However, health issues aside, my husband and I have both experienced depression attacks from a spiritual source, so I’m sharing our testimony in the hope it really helps someone.

1.      When I was 17 I heard a very thought provoking sermon about rape and genocide in Rwanda and jumped right in and wrote an article about it for our local paper about helping them. The paper didn’t want to publish it; too big for a local paper, and from when I wrote the article, I was immediately tormented by images of the above mentioned topic, and just a heavy depressing cloud. The only way to receive some relief was playing Scripture verses to music.

The depression didn’t lift for several weeks until I repented of writing the article.  Why was it such a big deal?  God didn’t tell me to write it, and in taking on that topic without His permission or anointing, I took on board not just the social aspect of it, but the spiritual aspect of why it was going on anyway and what was controlling the country.

This is also relevant when praying for someone; we need to discern what God is asking us to pray for them and not take on the burden for that person beyond that.

For our battle is not against flesh and blood, but against the rulers, against the … dark world–the spiritual hosts of evil arrayed against us in the heavenly warfare.

2.      Shortly after I moved to Toowoomba and stepped out into evangelism I read a very misguided book of visions by a witch who had converted to Christianity. This book caused me to doubt my salvation and that of others, caused me deep depression to the point of not wanting to be in the house alone. I had a pressing desire to see people saved but then doubted that they would stay saved so what was the point?  There were other wacky bits of doctrine in this book also, and the effects of this book lasted over my life for over a year even though I had several intense prayer ministry sessions over this.

In this season I was a Sunday School teacher and digging into the basics of the faith when I barely wanted to read the Bible, to prepare lessons for the kids was a huge key to renewing my mind with God’s Word I gradually won the victory.    (One great resource for children on the topic of Jesus’ blood is this one by Becky Fisher)

The book I had read was based on fear and one of the most helpful books that I read that helped me break free from a lot of it was ‘He Loves Me’ by Wayne Jacobsen. FREE DOWNLOAD HERE 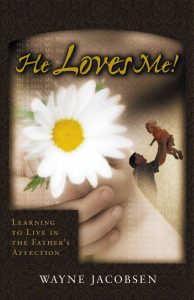 My husband is wise and judges the books I read by their fruit in my life and the lives of others, and two other people we knew well were exposed to teaching s by this person at the same time as I was and were also severely depressed and struggled with their salvation.    God allowed me to read it so that I would learn to dig into what I really believed and not be tossed about by false doctrine.

That we henceforth be no more children, tossed to and fro, and carried about with every wind of doctrine, by the sleight of men, and cunning

3.      When my husband was in his early 20s, before we met, he and His family were living on an island where God was teaching them about spiritual warfare. He says God had shown him not to go to a particular part of the island, where there was demonic activity, but he went anyway, his spiritual eyes were opened and from that point on he suffered severe anxiety and depression until he confessed what had happened to his parents and received prayer.

Therefore confess your sins to each other and pray for each other so that you may be healed. The prayer of a righteous person is powerful and effective.

So if someone tells me that they suddenly are depressed or anxious, I ask them what has happened in the days leading up to that point in time, and pray through with them that issue. 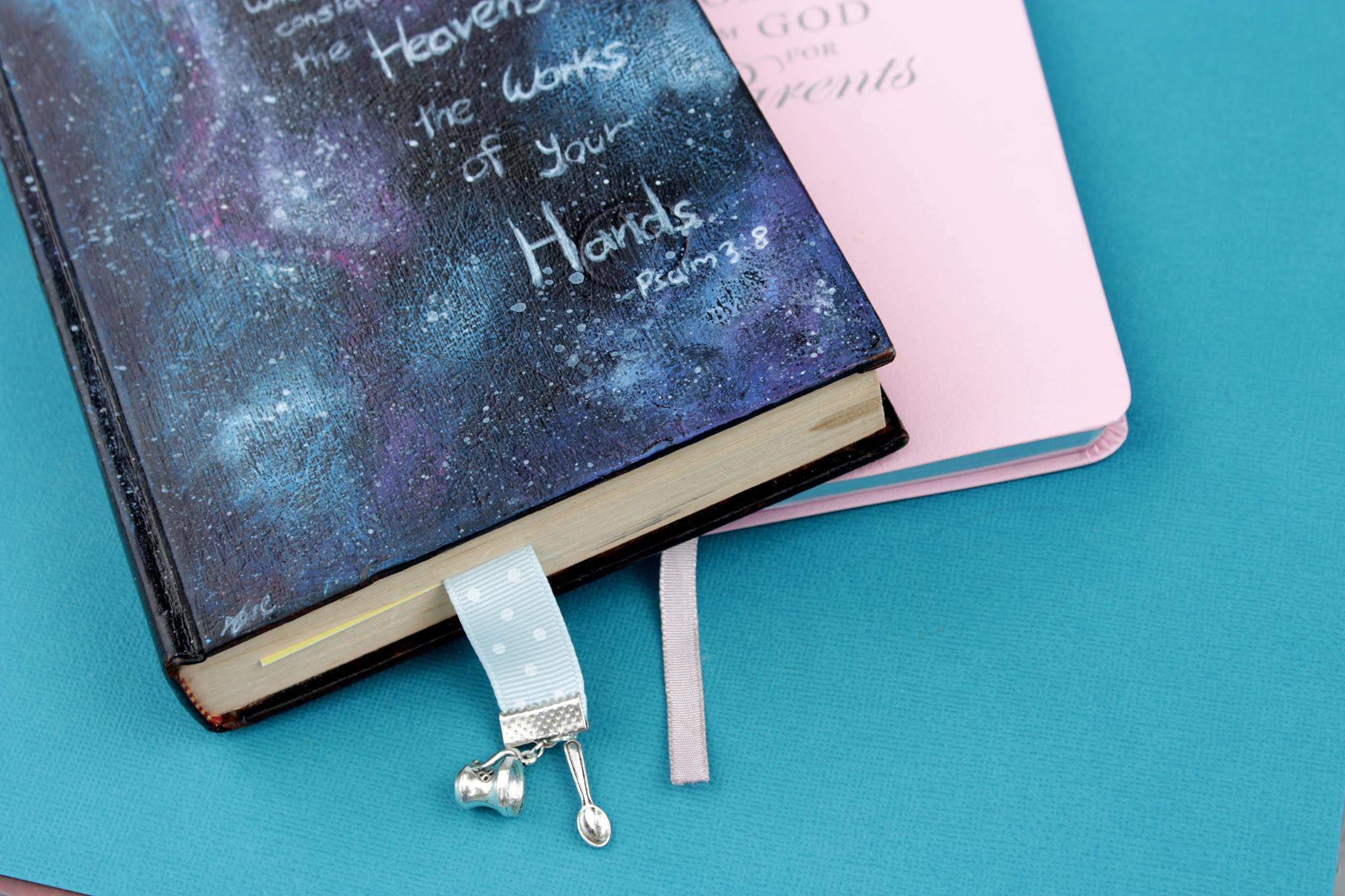 Honestly I felt awful.  A simple outing would be enough to have me laying down for an hour afterwards.

I’d tweaked supplements, essential oils, gone to bed earlier, declared that ‘I would run and not grow weary, walk and not be faint’, done a pregnancy test (negative), checked my blood sugars (fine), and nothing was changing.

“My head feels so tired and heavy, like a band around it,” I told my husband as we were driving to church.

“I’ve felt like that, when I’m under spiritual attack,” he said. “Let’s pray about why.”

So we pulled through Mac Donalds drive thru for him to grab a burger, (just being perfectly honest here) and while we waited in line we prayed.

We sat and listened for a minute, and the thought came to our minds that we hadn’t been praying for protection over my blog and it’s ministry. 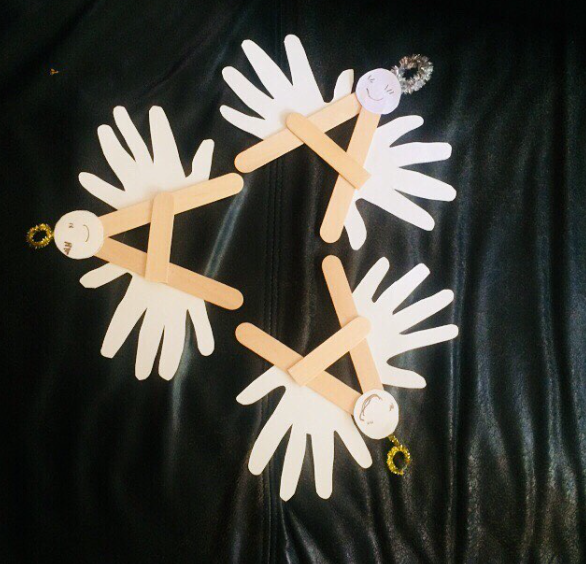 The angel of the Lord encamps around those who fear Him . . .  Ps 34:7
The other thought that came to my mind was of a child’s picture book I had borrowed from the library. It was shiny, sparkly and all about rhyming, but I’d felt a caution when borrowing it.  I’d pushed it aside, and borrowed it anyway.  Then I’d taken it back two weeks later because Miss 4 hadn’t shown any interest in it at all.

So I repented to God of having borrowed that book, and asked God to cleanse our home from anything  mystical attached to it, and told it to no longer affect me.

Then we prayed that anything coming against my blog, any witchcraft, negative spoken words or spiritual attack would fall to the ground.   That anything suppressing my energy so that I couldn’t write or function well would go in Jesus Name.

I didn’t feel anything immediately, because I often don’t, but my husband said he did.   I didn’t feel amazingly great that afternoon, but that evening we took communion together, because that declares Jesus’ victory to the supernatural realm, and the next day I had energy again.

If all this is really new to you,  I just want to summarise the keys that helped us win this spiritual battle.

1. Pray together with someone.  I’d been battling alone, and sometimes we just need to stand together and fight.    Pray on the armour of God and claim God’s protection.

2. Confess aloud and repent of what I’d brought into the house, and make sure it was removed, sometimes by burning it.   Seriously, we’ve had to do this so many times, and if our children have a sudden change of behaviour, this is one of the first areas we look into. What have they been watching, reading, listening to?  Is a theme song coming to your mind, a book or dvd? 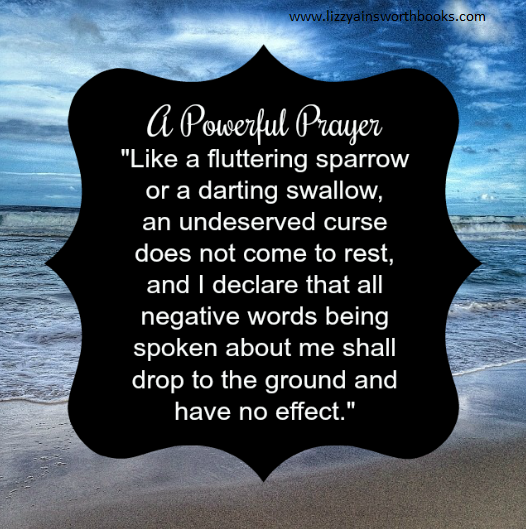 3. Declare any negative words coming against us cease and not affect us any longer.
Proverbs 26:2  Like a fluttering sparrow or a darting swallow, an undeserved curse does not come to rest.
(If you are holding unforgiveness or offence towards the person saying those words, this Proverb ain’t gonna make any difference until you verbally confess and repent of that and release that person to God. Trust me, I know!)

4. Share communion together!  Communion is one of the best spiritual warfare weapons there is and I cover that here.   (That time our Miss 4 had a stomach bug that was hanging around and we shared communion, wow, I’ve never seen such a quick turnaround. I shared about that over on Instagram.)

Whether your anxiety is spiritual or natural, God has better for you, and taking communion is declaring to the spiritual realm Christ’s victory in your life and over the demonic.  You can read some incredible testimonies about people who’ve used communion to breakthrough in many circumstances. 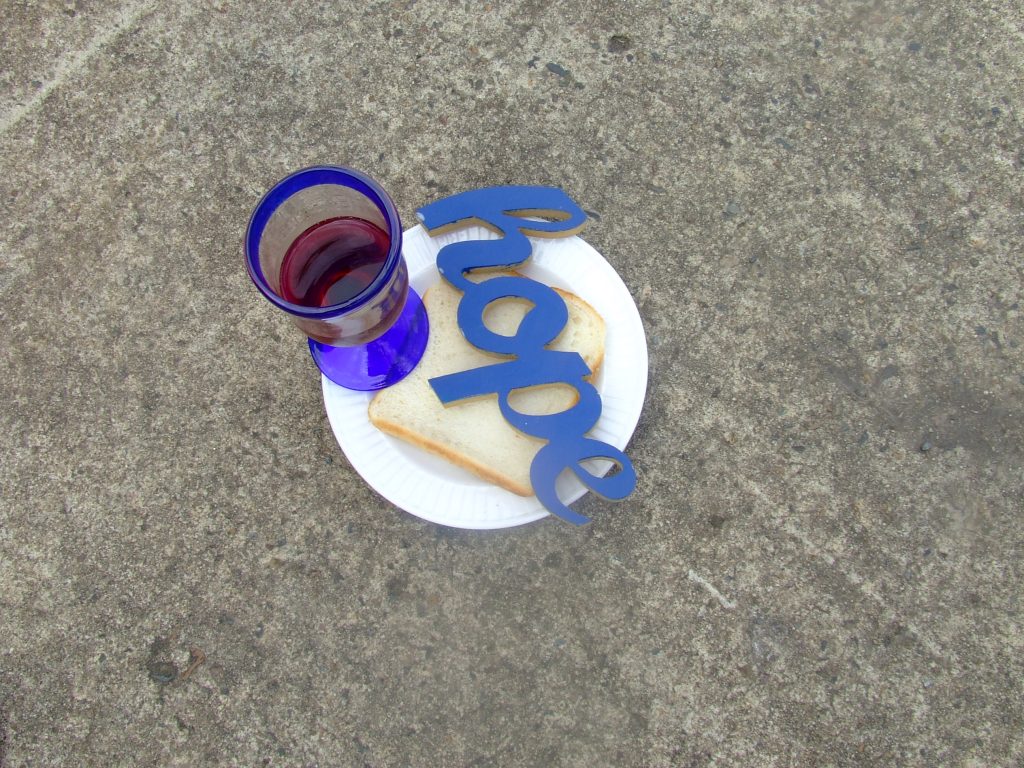 4 Surely He has borne our griefs And carried our sorrows; Yet we esteemed Him stricken, Smitten by God, and afflicted. 5 But He was wounded for our transgressions, He was bruised for our iniquities;

The chastisement for our peace was upon Him,

And by His stripes we are healed.

And why the crown of thorns?  Thorns were part of the curse, and they were pressed down into his head.  This signified the curse broken over mental struggles as we partake of the healing won for us. 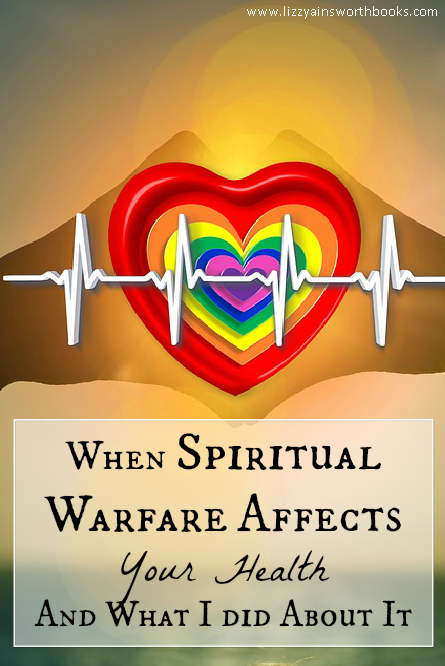 Sometimes this spiritual warfare  can get to a point where medical intervention is required and there is no shame in that.  Keep asking God for healing and for keys to freedom.   Seek prayer from trusted friends and counsellors and begin to unpack what brought you to this place. Always consult with medical practitioners before changing medication.

2 thoughts on “Breakthrough for Anxiety & Depression”