This month, we have been married 5 years, and mostly it’s been fun.  Someone told us that come day 21 of married life the wheels would fall off and we would both need a strong cup of coffee.   Thankfully that didn’t happen because at the time I didn’t drink coffee. 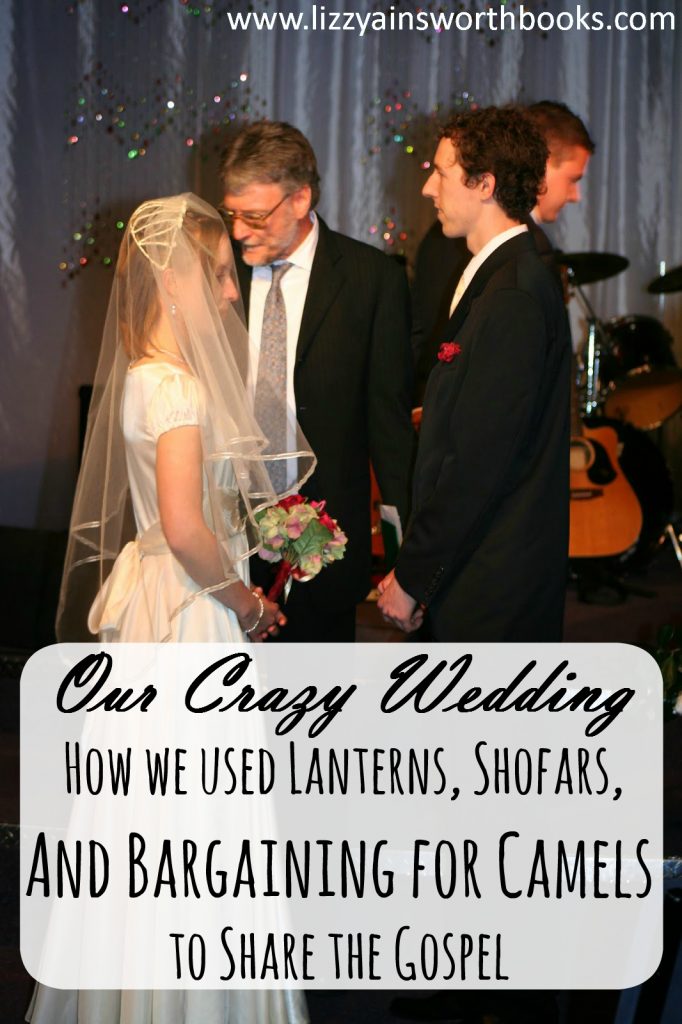 I wanted to tell you about our wedding, though because it was quite different as weddings go, and there was a reason for that.    You see, we had invited a lot of workmates, many of whom didn’t understand the whole God thing, so we wanted to share in a fun way about that, so this is how we did it. 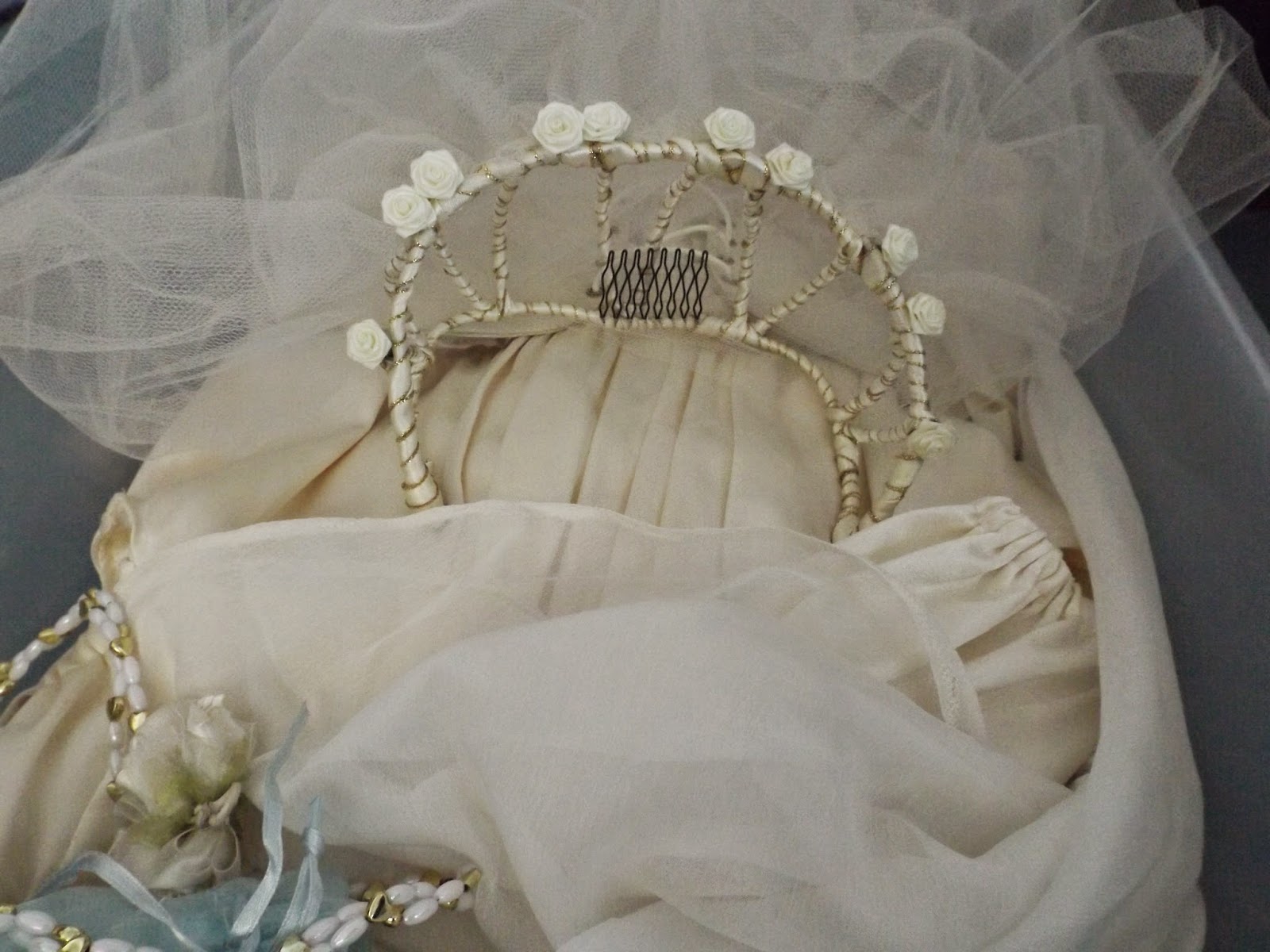 Let’s take a look at ancient Jewish wedding for a minute, and I’ll share how it mirrors what Jesus did for us on the cross.

So first, the Father picks out a bride for His son and the go together and bargain with girl’s Dad.  A brideprice is worked out and then she is called in and given a drink of wine.  If she drinks it, preparations begin for a wedding, if not, all the bargaining has been in vain.  The Jewish culture, I think as the only culture where the girl had any say in whether or not she would marry the guy that had come calling for her.

So if she did accept the cup, the groom would give her gifts and then tell her ‘I’m going to prepare a place for you, and then I will come and take you to be with me.’

Anyone recognise this in Scripture?

The bride would then begin a process or purification and sanctification getting ready for his return.  She did not know when that would happen, and actually neither did he, only His Father would make the call when He had determined the new home was ready. 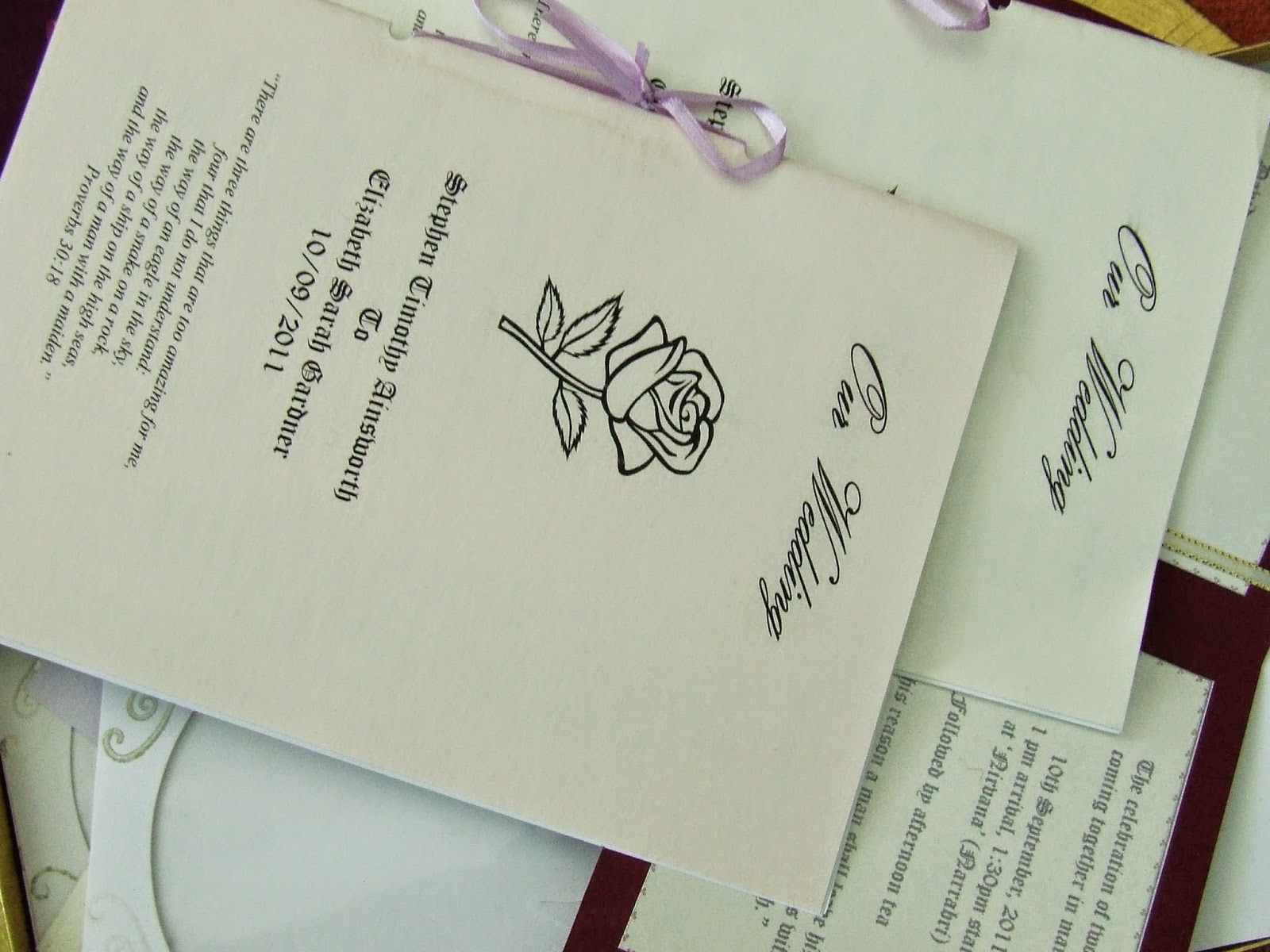 However, she had to be prepared at all times and have her lantern, ready and full to go with him at any moment, because more often or not, the groomsman came in the night, blowing his shofar to take her away to be with him.

So after that little explanation, let me share with you how we got married!

So to begin with,

Stephen blew the shofar, (I’ll explain this later) and then I had 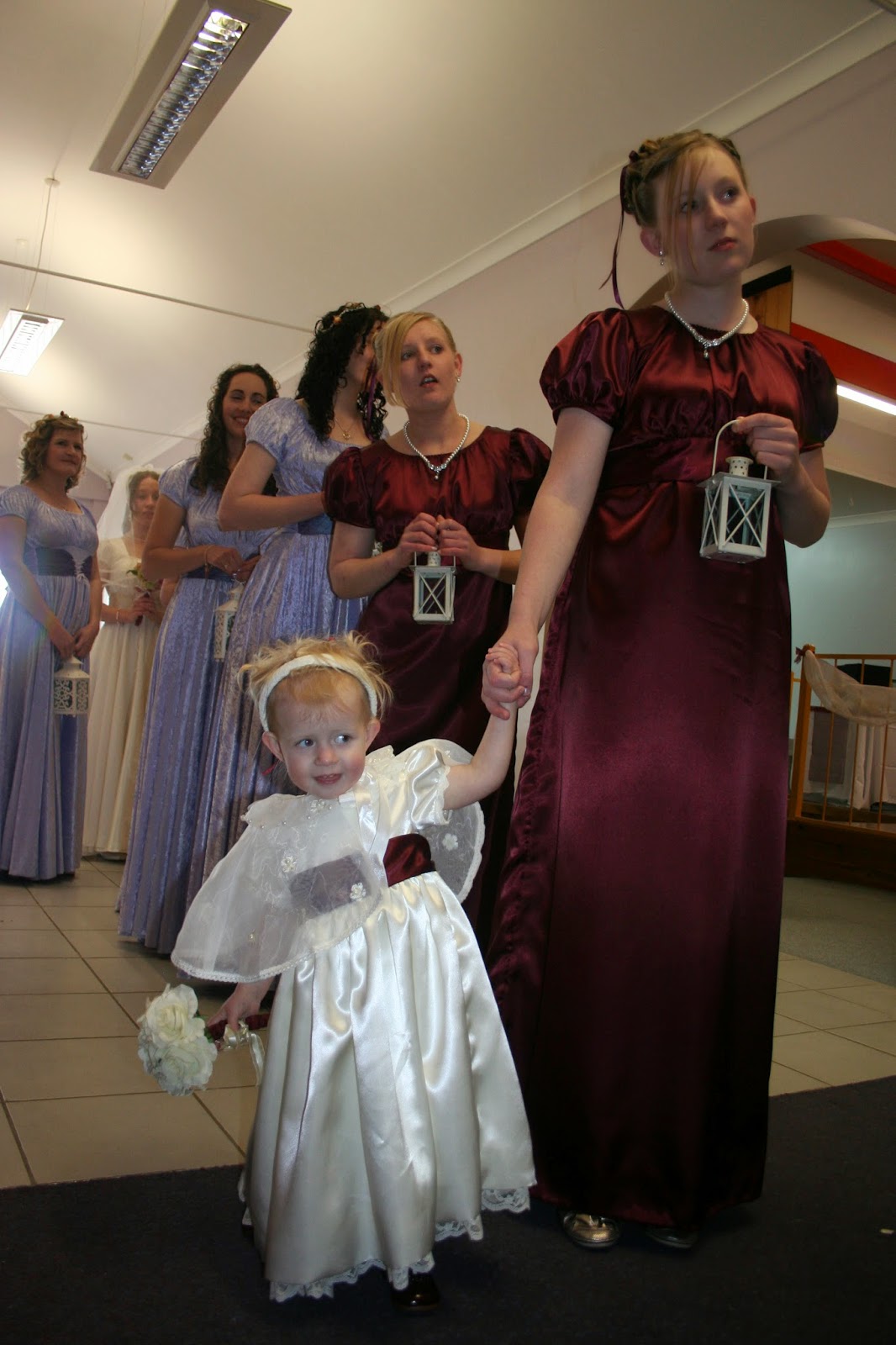 three of my flower girls dance down the aisle with purple ribbons to the song ‘Wait for Me’ by Rebecca St James, followed by another 3 scattering silk flower petals from baskets, and then two of my sisters, Ria and Raelee, followed by another 5 bridesmaids.  All the bridesmaids carried unlit lanterns, and I carried a bouquet of flowers.

Quick pause, to tell you about the dresses; Stephen’s Mum made mine but then it had to be altered by Mum and a group of ladies from our church a month before because it didn’t fit!  Mum made my sister’s dresses and the other four purple dresses, were the bridesmaid dresses for one of my boss’es wedding ten years prior.  I found one of them in the dress up box at her house and recognised it from her wedding pictures on the wall. I then proceeded to ring all her bridesmaids and ask if I could borrow the dresses for our wedding.   They all graciously agreed, fished them out of their dress up boxes all over the country, and sent them to me, and amazingly they fit my bridesmaids perfectly, even though the dresses were sizes, 12, 10, 10 and 6. 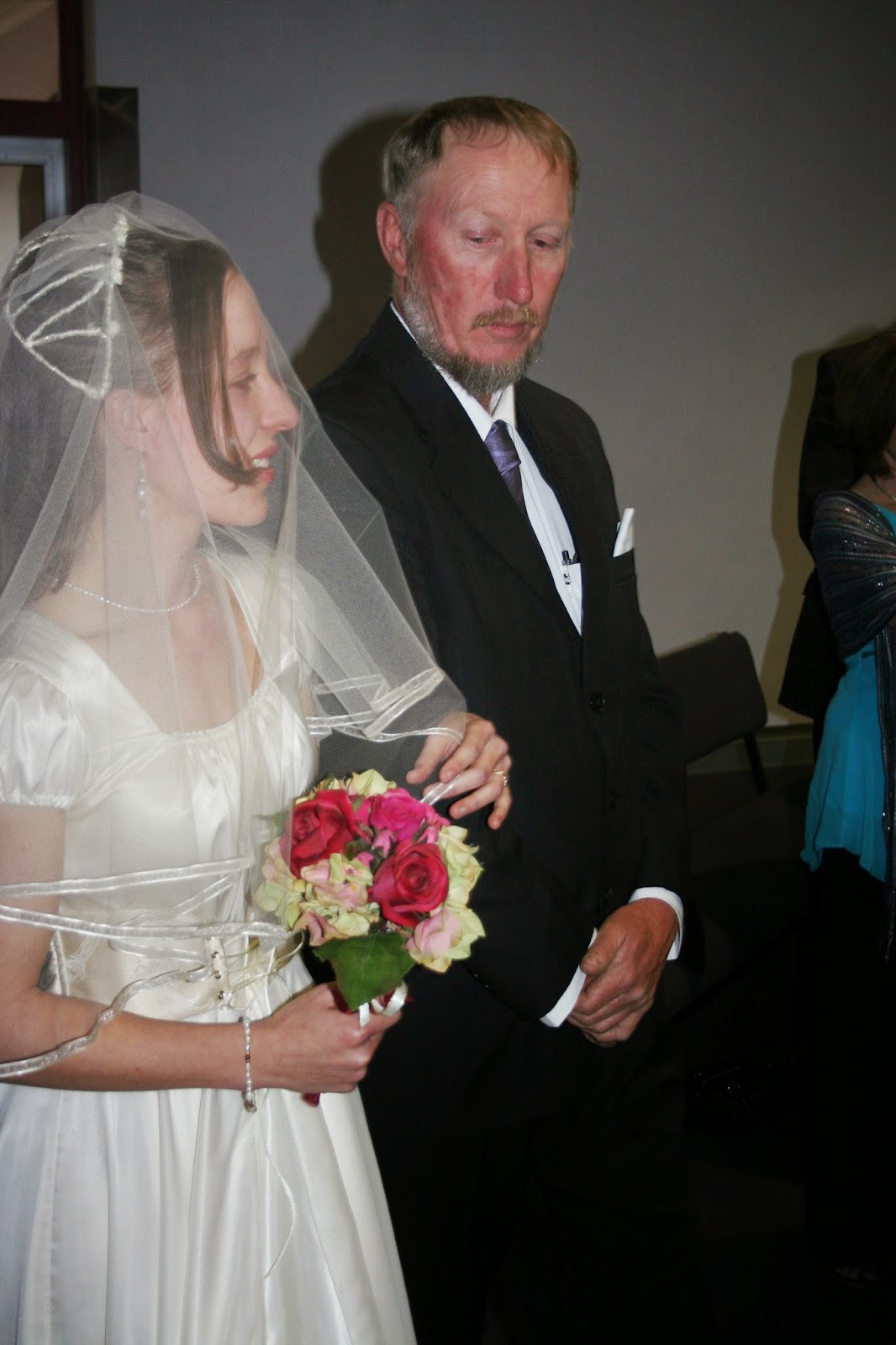 Okay, unpause and I will continue.  Stephen and his Dad played some worship songs about the Bride of Christ on the piano and ukulele, before we got down to some fun.

So, set up on each side of the room were little arches to represent our homes, which Stephen had made.  He and his Dad came over to bargain with my Dad about the bride price, while Pastor Alan narrated. 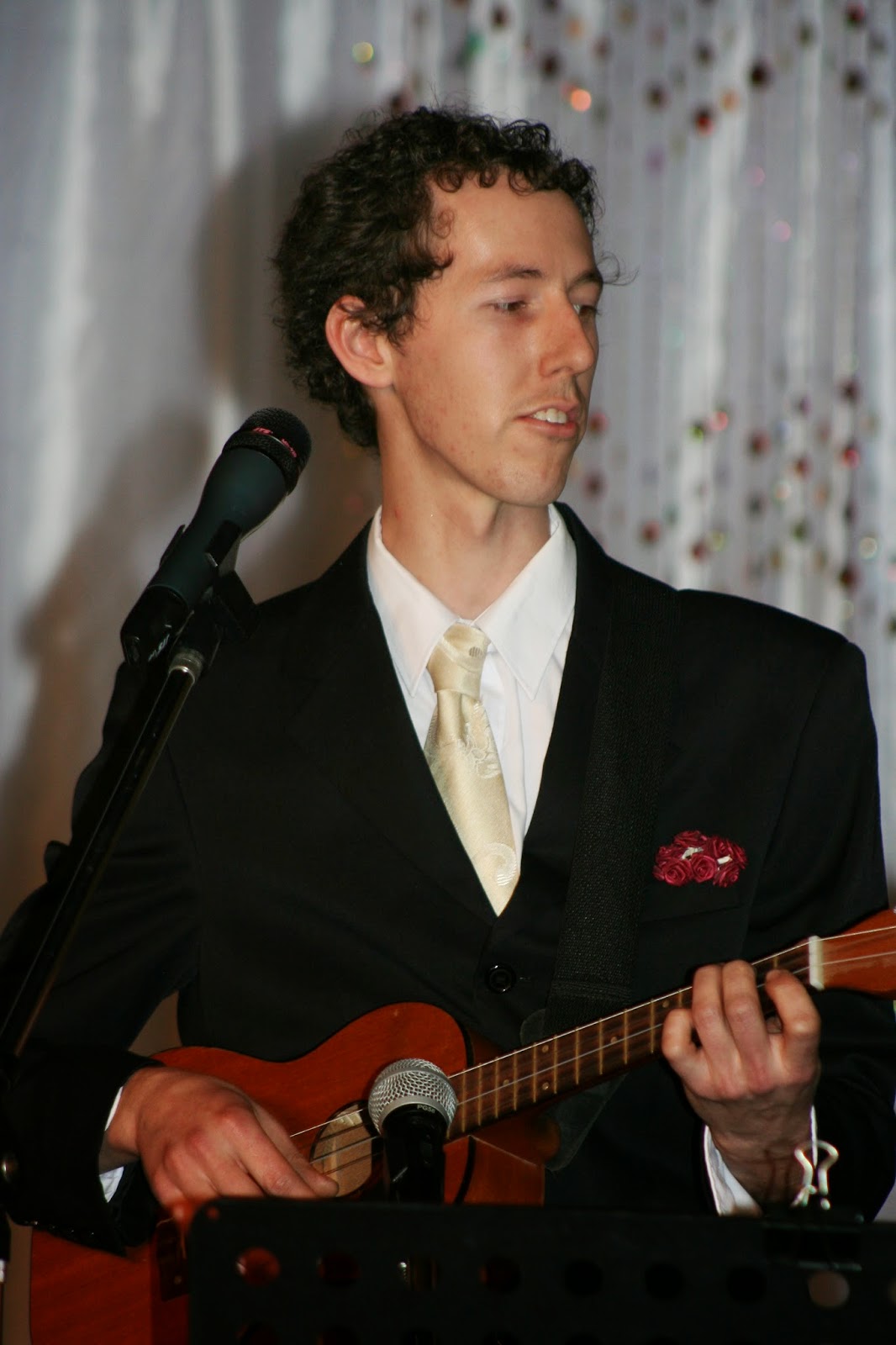 “In the Bible days, it was common culture for the Father to seek out a bride for His son.  When he found an elligeble prospect, He would approach the Father of the girl to negotiate  a  bride price.”

Stephen and his Dad held up a sign of two camels, at which Dad shook his head, followed by a sign of ten camels, which Dad also shook his head at.  Dad held up his own sign of a John Deere tractor and held up 2 fingers.    After much umming and ahhing, Stephen and his Dad agreed and shook hands with my Dad.  (Don’t worry, there wasn’t really a brideprice, it was all acting to portray God’s story through Jesus to our friends.) 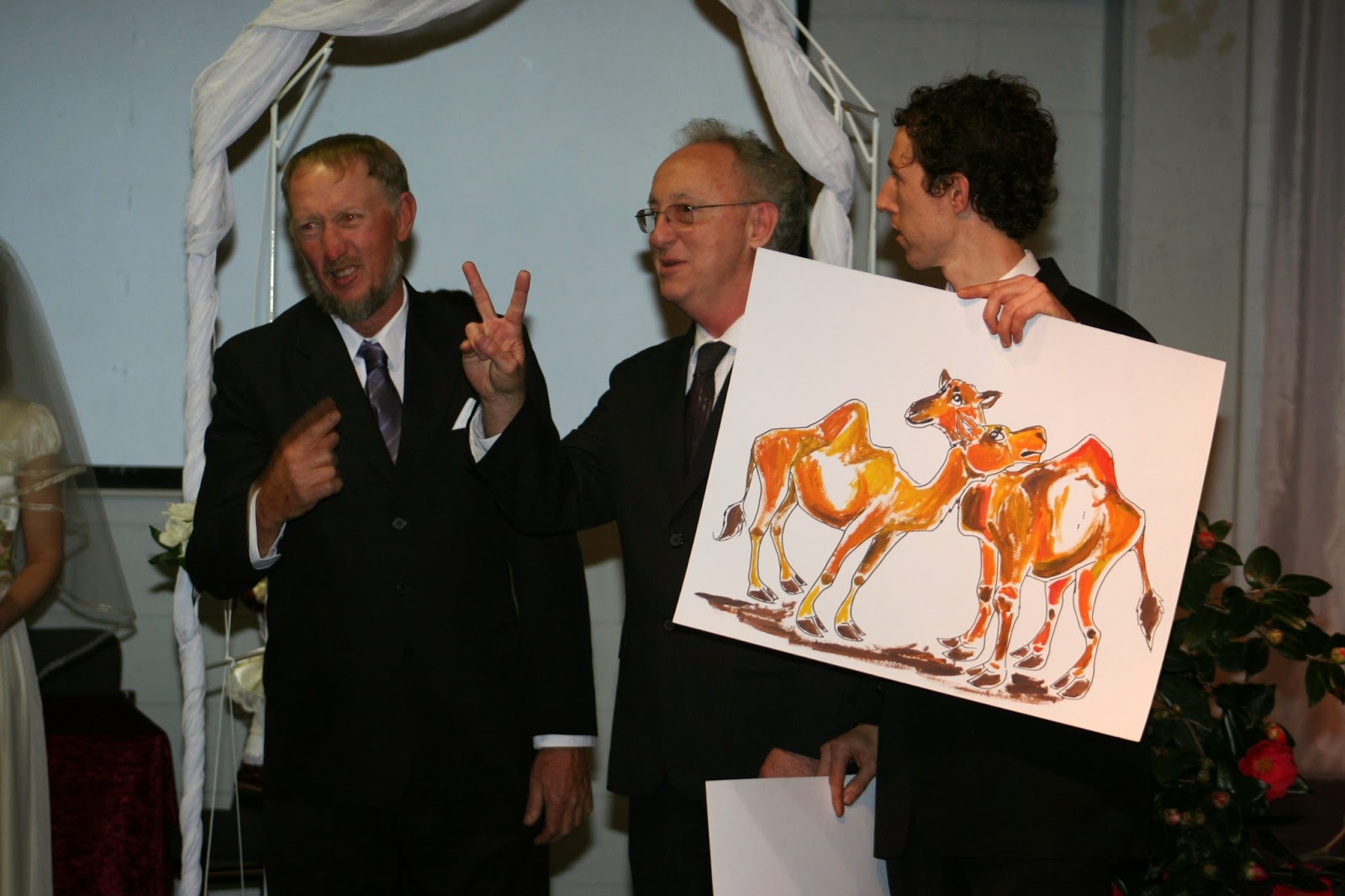 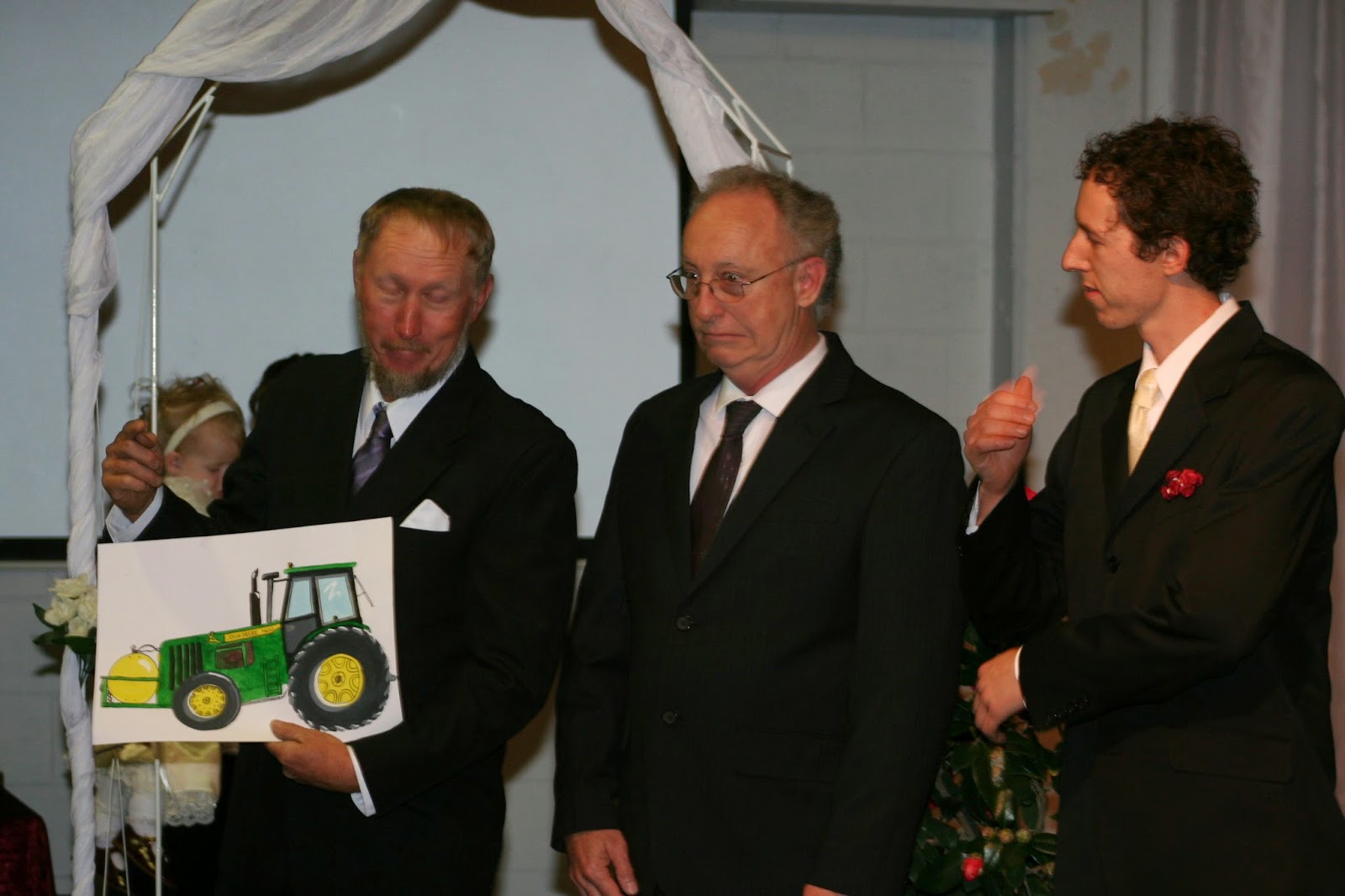 “Once the bride price agreed on, the groom to be would offer a cup of wine.  IN accept this cup she would agree to the covenant.

In the same way, God the Father, sought out a bride for His son.  With His own life the Son paid the brideprice and with His own blood He sealed the covenant.”

At this point Stephen offered me a cup of grape juice, which I accepted, and then he said, “ You are now set apart and consecrated to me.  I am going to prepare a place for you.  I will come for you when it is ready.  I will not drink again of this cup, until I drink it with you.” 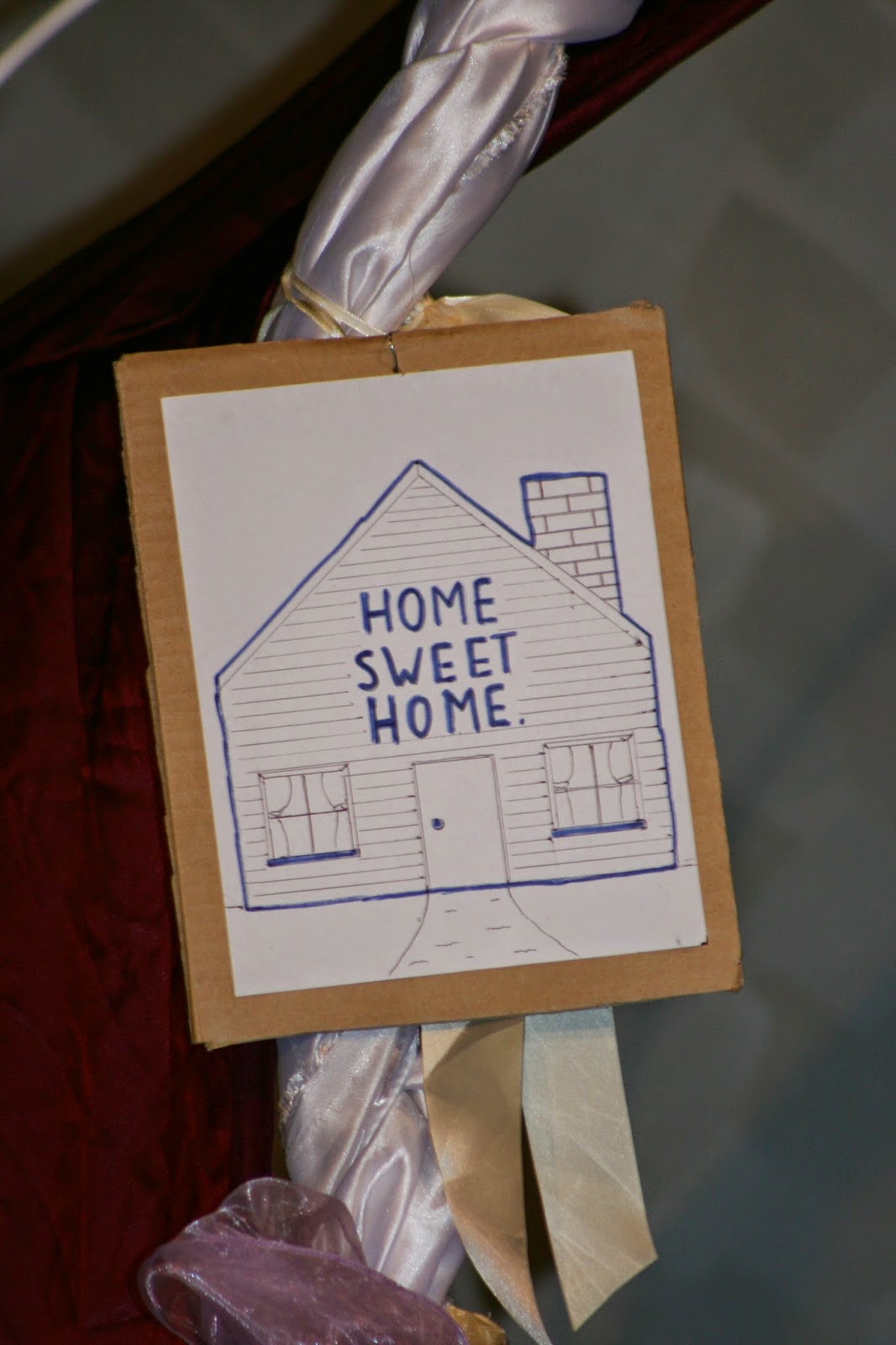 So Stephen and his Dad wandered back over their side, where Stephen nailed up a home sweet home sign to the front of his arch, while Alan continued narrating, and the bridesmaids and I lit our lanterns in preparation

“The bride began to prepare herself for her wedding day and her husband went away to prepare a place for her.   In the same way, Jesus said this to his followers in John 14:3.  We are living here on earth waiting for His return. 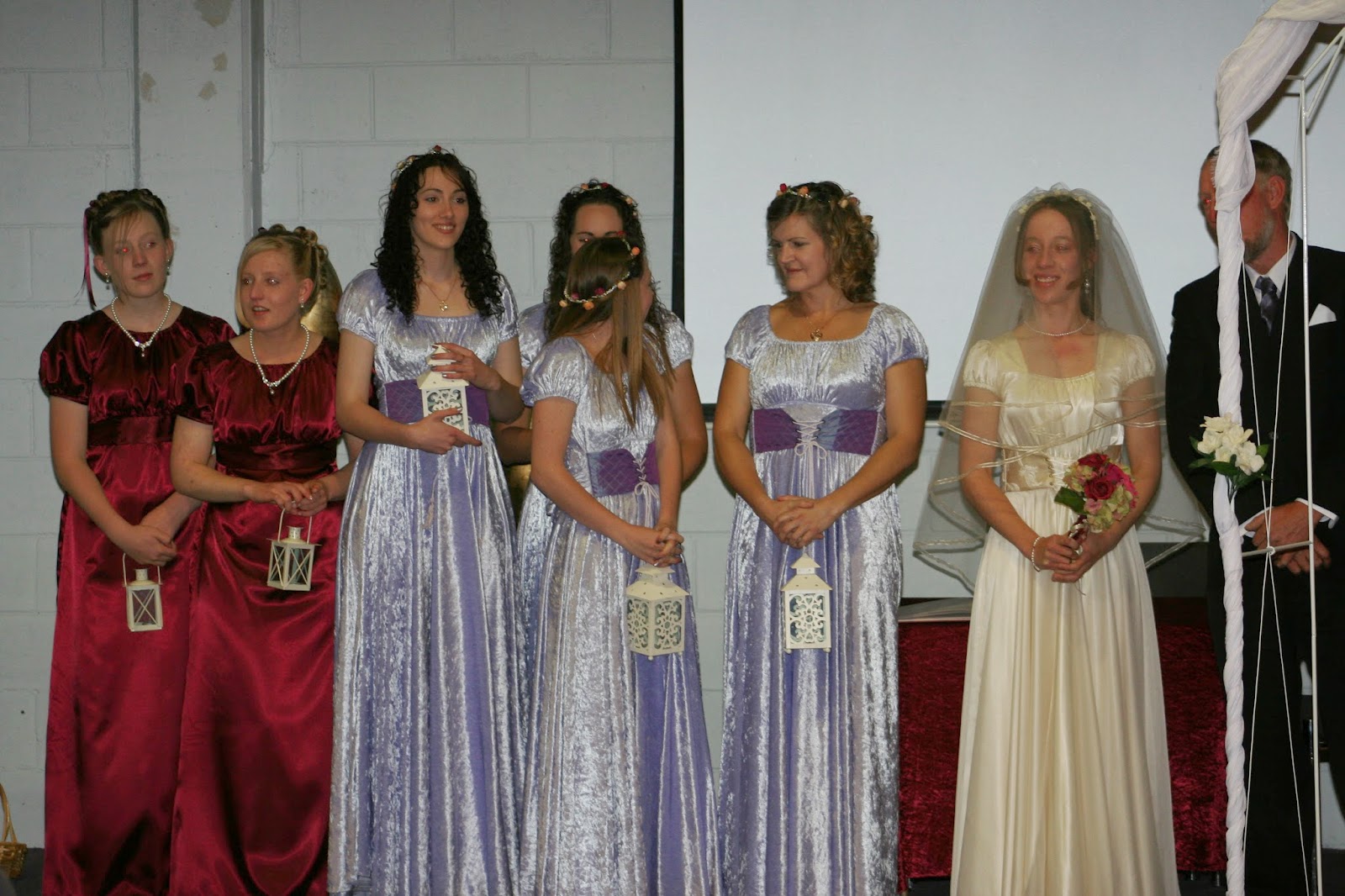 When the groom had finished preparing he would blow his shofar, a ram or goat’s horn to announce his return.   In the same way, the trumpet will sound when Jesus returns for His bride the church.”

So, yeh, Stephen and his merry men blew their shofars and came to find me and my maids, at which point, our crazy wedding ceremony became slightly more normal and Alan married us in the traditional sense of rings, vows and the kiss, our first by the way. We  then signed the register while my two bosses played the flute and keyboard and we shared communion together, however it was not over yet and there was a further message a friend gave on the Bride of Christ, and the team I had travelled to Papua New Guinea with the previous year, came and prophesied over us. 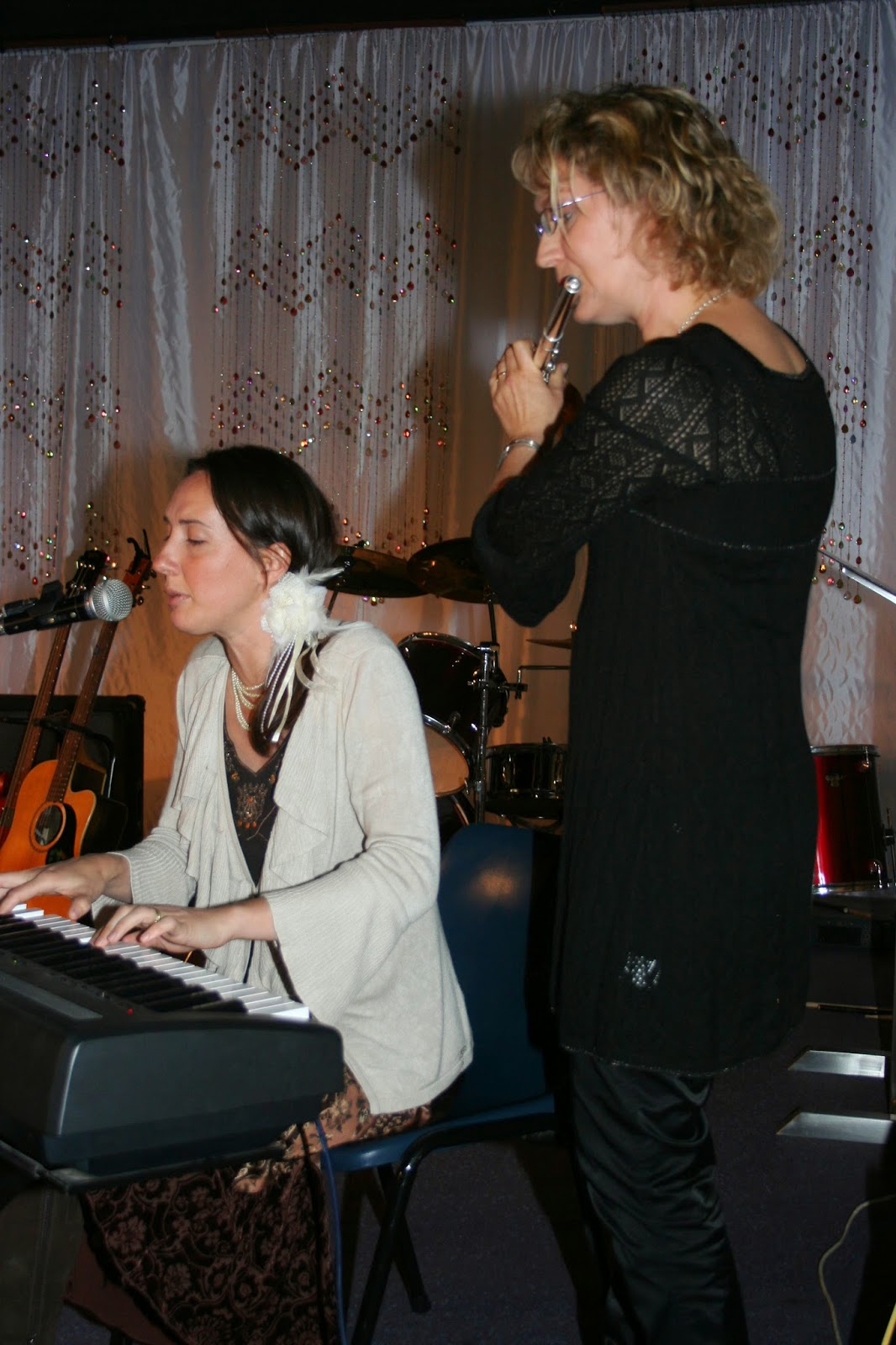 Our wedding went for a ridiculously long time, and my word of advice is to not have 5 songs to sing and two messages, though the acting part was great fun.  I knew at the time that our wedding would be different, but it isn’t until I look back now, that I realise how very different our wedding really was, a concept that many people echoed, though they all said they absolutely loved it!    Many of the Christians said it was the first time that they had realised the connection between an ancient Jewish wedding and how we were the Bride of Christ and the non Christians said it really gave them a different perspective on Christianity. 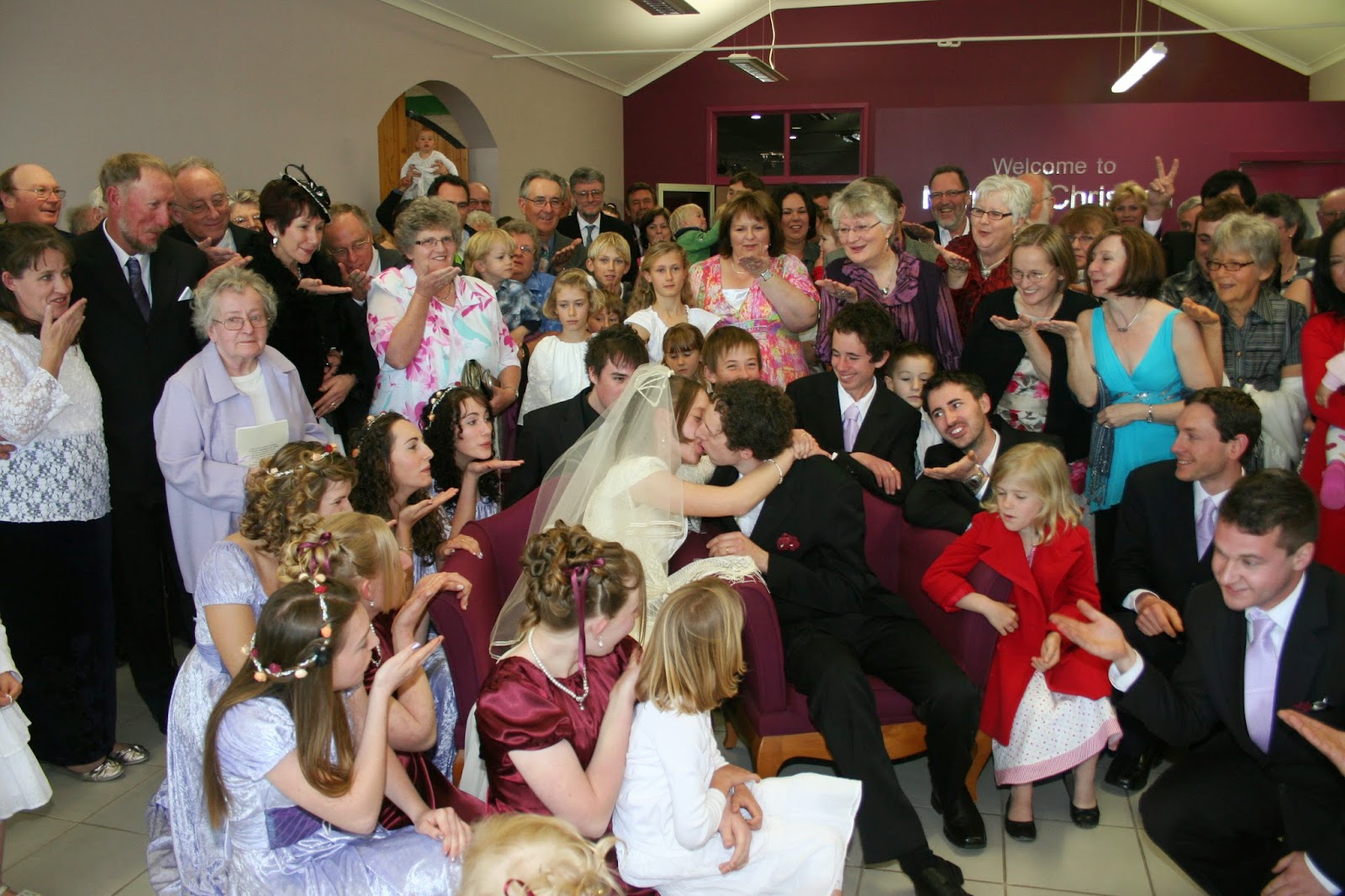 I hope you’ve enjoyed hearing about our crazy wedding, be sure to check out the 5 Random Facts About Our Wedding!