I was lying in the hospital bed, flat out exhausted and shaking, and there was a baby, big buffy creature lying there between my legs, pulled by two, pushed out by 5.  They say her shoulders got stuck, and like ninja turtles the midwives in room leapt onto my stomach to push her out, two more pulling.  It was the 2nd of my 3 Supernatural Childbirths. 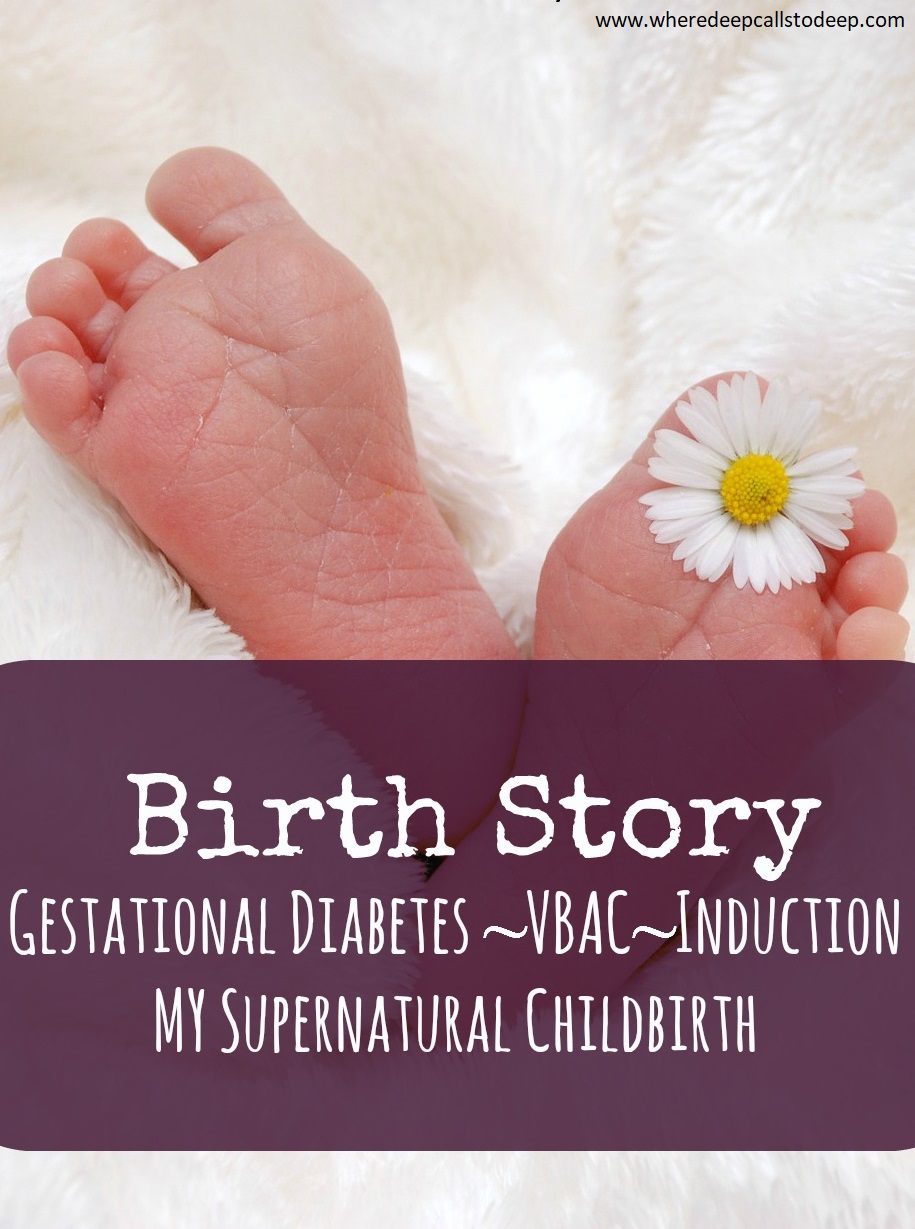 “She’s out, Liz, we have a baby!” Stephen said, after the 2 hours of pushing to hold her there at the opening, another big girl, my miracle VBAC, 41 weeks + 2 days, with naturally managed gestational diabetes and an induction that they said I couldn’t have.  A miracle birth where Stephen had interrupted the midwives to pray and declared as the contractions went from 2 every 10 minutes to constant after the syntocin drip started, ‘That we would have a supernatural childbirth’.   That the pain had stopped and it was just pressure, a miracle too that I had no pain on my C-Section scar after having twinges for weeks.

They told me I had torn badly and would need surgery.   So they gave me a cuddle with baby and then carted me off for surgery, and I felt really funny during the surgery.  They kept telling me it was a reaction to the anesthetic; but I don’t have reactions; this was my 3rd surgery and by the time I got back to the ward my heart rate had tripled, I couldn’t stop shaking and could barely breathe even with oxygen, and I kept saying ‘No harm shall befall me, no disaster shall come near my tent’ from Psalm 91.  I begged them to bring Stephen in and finally someone did, and he walked in, interrupted them all calmly and prayed and my heartrate went down and I could breathe again.  They said it was the 6 antibiotics they’d just established pouring in from the IVs, but it was God and His sovereign protection.   My blood test results came back that I had an infection, and that after the birth I’d lost a litre of blood and no one had realised it was quite that much; surgery had pushed my body to the edge, resulting in shock . .  and then the after birth pains started to creep in and I said, ‘no, these are under the cross.’  They left.

Pain free childbirth on your back, with an IV pitocin induction – yes God can. 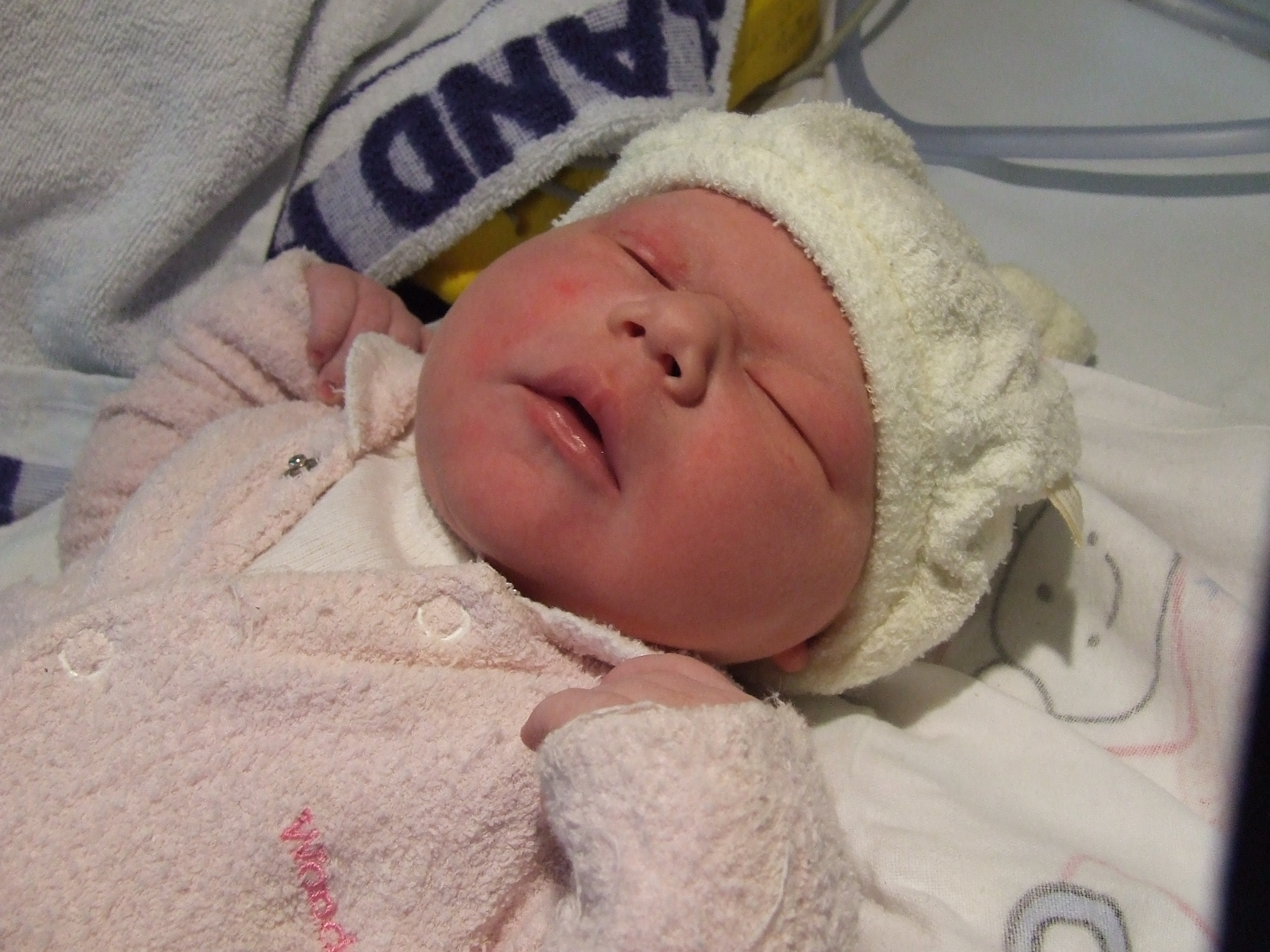 When Pregnancy is Not Easy is my pregnancy story of gestational diabetes, premature labour and other dramas, along with a free printable to help you overcome in yours.

This was my second pregnancy. 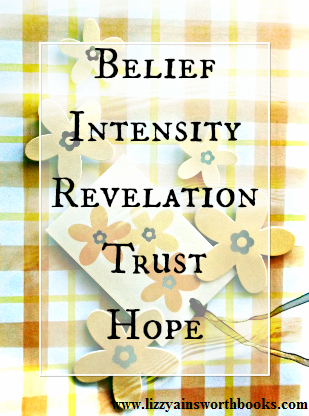 My first daughter was born after nearly 20 hours of labour that had ended in a c-section.

My waters had broken on a plant outside in the garden, just as I had prayed that they would, you know all those good nutrients for the soil . . . and we headed to the hospital because even though it was my first birth I had read Supernatural Childbirth and God’s Plan for Pregnancy, and I was believing for a fast and painfree labour.  And honestly things were progressing that way . . . until a Dr came in to check my progression during a contraction and told me I was only 4cm dilated. And that glass speculum hurt like crazy and into my head came the thought, if she can’t even get that thing in there, how on earth am I supposed to get a baby out? 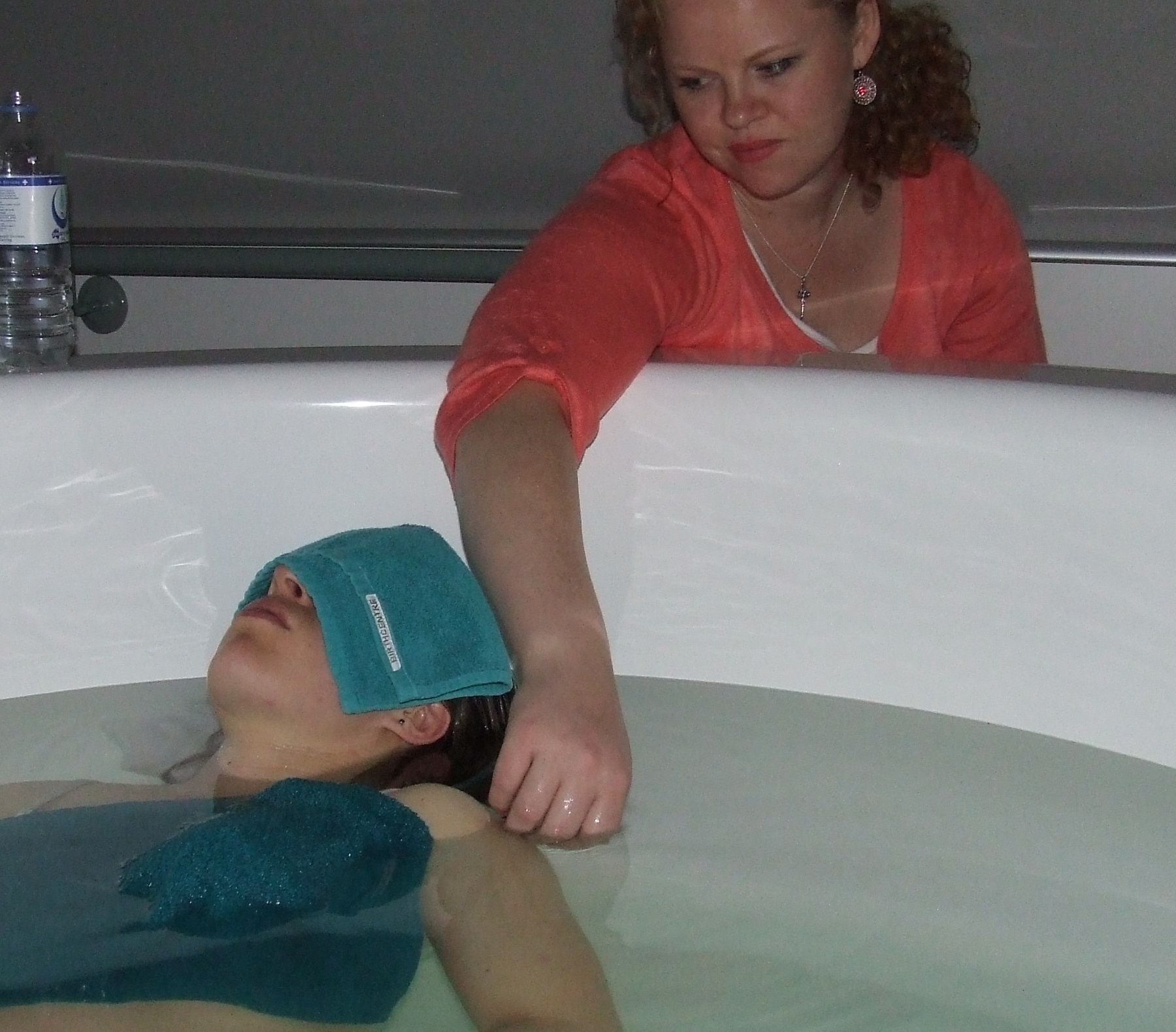 And I think I mentally gave up, because things crawled to a halt and eventually I needed a c-section because even after an epidural and repositioning things had failed to progress . . . the contractions died away and even though babies heart beat remained stable, the recommendation was that I was exhausted and it would be better to just have the c-section.

So I did, and even though it was disappointing I decided that I’d had victory in other areas like having no period pain for several years prior to the pregnancy, no morning sickness, no back ache and no other complications and by golly I wasn’t going to have afterbirth pains!

2 years later I got pregnant again with our second daughter in the birth I described at the beginning, but after that I got quite sick with food allergies due to toxic mold poisoning and just kept coming back to God’s Word that He is the healer and I saw a miraculous healing, but I also had two miscarriages.

My body was incredibly run down and I had been missing periods for quite a few months but then when these came they weren’t normal periods and with the second one there was definitely a tiny sac, and I hemorraged badly and it was a lights and siren trip to the ER an hour away followed by a D & C. Somehow miraculously there was no pain.

I got pregnant again in December 2020 and again there were some complications to conquer.  My pelvic floor was very loose to put it mildly and I remember one time standing in the shed with my husband, friend’s husband and brother-in-law all praying for me after them having to do a lot of house cleaning for me that it would all pull together. . . .and it did.

Gestational diabetes reared it’s head again but this I had a lovely private Christian midwife and she allowed me just to test for it at home rather than attending all the clinics.  Towards the end of the pregnancy, as I just kept digging into messages on healing, the gestational diabetes got dramatically better.

Somehow I managed to get a chest infection that just kept coming back and nearly landed me in hospital.  At one point my husband’s parents had to come up from interstate to help after he had already taken a week off work and I was too weak from coughing all the time to get out of bed and feed the other girls.  I was barely keeping down food myself, as all the coughing was causing a vomiting reflex.

After much prayer over a period of 3 months, and a very concerned midwife, due to the baby measuring small and part of my intestine popping out of my stomach muscles from all the coughing, I found a testimony on the Andrew Wommack website of a lady who had been healed from severe asthma attacks.  Literally every time I started coughing I would turn on her testimony and within a week I had healed . . . and by then I was three weeks away from my due date. 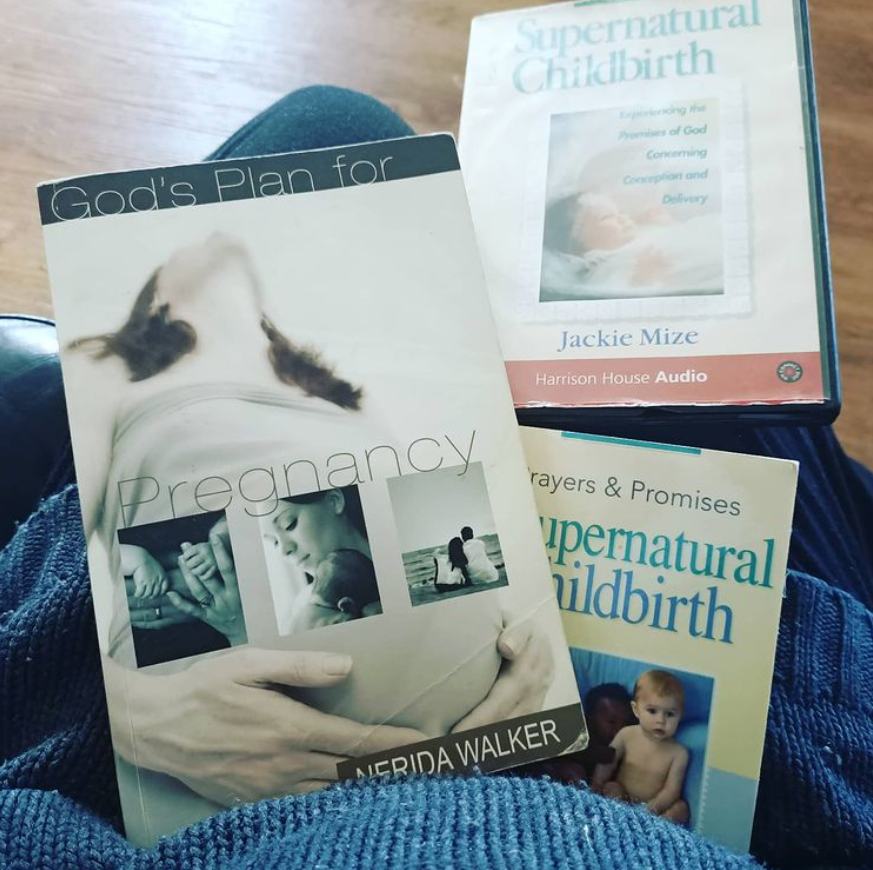 And everyone started telling me at church that I must be feeling so uncomfortable; when they asked if I was in pain I would politely refuse, but uncomfortable I had agreed with . . . and then I had an incredibly uncomfortable week.

I thanked God that my body was made to do this, and that I could continue with this pregnancy until it was time for my body to go into labour.

At 41 weeks I remember sitting on the floor trying to journal and I was having a lot of braxton hicks and tightenings so I told my husband I would lie down to see if they would go away, which they did, but when I rolled over to get back up my waters broke.

I had a shower and by the end of the shower the contractions were 4 minutes apart so I asked my neighbour to come and get our girls and I jumped in the car to drive 40 minutes to the hospital.  30 minutes out we got stuck in a traffic jam and I could feel her coming down.  We prayed for the pain to leave and sitting in the car was actually the most comfortable part, and I think that she would have come a lot faster if I hadn’t been sitting down.

We arrived at the hospital with contractions two minutes apart and my husband grabbed me a wheelchair and my midwife ran me upstairs because it was obvious to everyone in the lobby that I was about to give birth.  Stephen parked the car and came back in as I was on the bed with her head crowning, and my friend who I had asked to take photos ran down the hallway and arrived as her head came out. 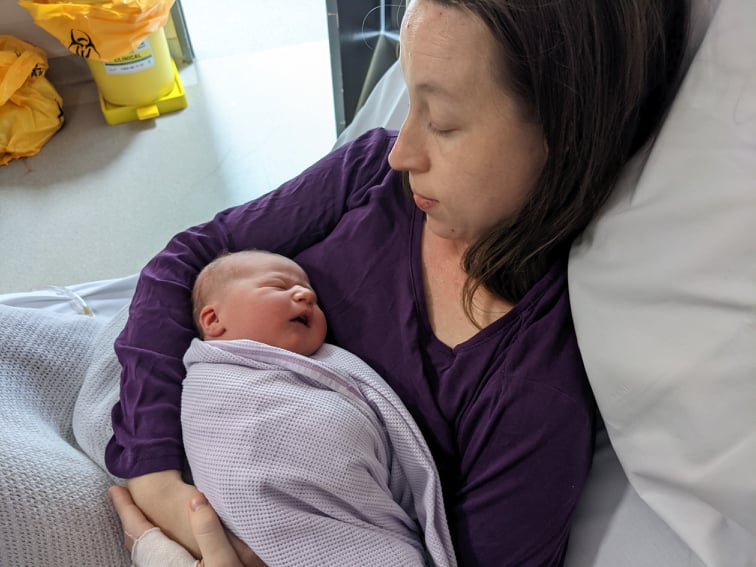 While I wouldn’t say that birth was pain free but it was pretty good, and afterwards when I was hemorraging badly again I was so thankful that my friend was there and was able to stand with us in prayer for it to stop and have our pastors pray too.    I needed to stay in hospital overnight and have an iron transfusion before I could go home, but overall I was happy as it was the first birth I hadn’t need some sort of surgery.

7 thoughts on “My 3 Supernatural Childbirths including No Afterbirth Pains”