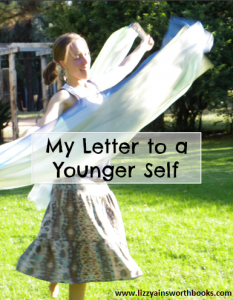 You were so totally excited after that life changing mission trip and you couldn’t work out why no one else was, not even your dad who went with you.  You were running forward and no one could seriously keep up.  You kept expounding on destiny in those sermons you were allowed to preach at the church where there was no pastor and everyone took a turn, and people sort of looked at you blankly because maybe they were living their own quiet destiny and not every season is one where you are turning the world upside down.

You said you were going to ignore boys until you were 18 and find one on the mission field, giving it all for God, and that wasn’t exactly God’s plan.  The week after you got back he put one in front of you, except he wasn’t really a boy, he was a grown up man, 8.5 years your senior and no one believed it would amount to anything.  But you heard God whispering and so did he, ‘You’ll get married one day.”  And he knew for sure cause his dad had a vision of you years before, and you weren’t sure and everyone thought you were too young to be talking about boys, and all those dating books you started reading, your dad thought it was advice on how not to get involved with a boy till you were 32.

And it was a hard rocky slope to learn the meaning of HONOUR YOUR PARENTS.  The courtship that was going to bomb proof your marriage, because you had to deal with everything before hand in about 8, 6 hour prayer ministry sessions to keep moving forward.   You dealt with so much, and I’ve looked back having thrashed through it all, and though it was messy more than romantic, you both grew and laid down the marriage you so wanted, and waited for God to come through.

Taking that 2nd and 3rd trip to PNG was the best thing you could have done, to breathe and grow a little in your own identity without Stephen.

But then in marriage you didn’t know how much having a baby was going to change you, change the way you looked at life, and the revved up change the world attitude, slowly faded into the background of stinky nappies, till you learned that God really loves everyone no matter if it’s changing a nappy or running a church service.  If it’s done for Him, it’s done right.

Now with a bit of pride knocked off the edges and a whole lot more compassion, He’s rebuilding the foundations of how you look at life, so that you can go change the world, listening to Him instead of charging ahead like a young wily sheepdog.   You’ve had your spell of training, following quietly, listening for the commands, and soon, you can go round some up, gently herd them back.  You can still change the world, and you will, but it’s not always in another country.

You packed a lot of learning into the last 10 years, I can hardly believe it’s been that long, and now the most important lesson of all is about love, God’s love for you and it’s changing the way you see life, and it’s good, the way God intended you to see life.

So here’s to another ten years, better than that last, a season of restoration of the things you lost, the evangelism that fell flat on it’s face cause it was birthed out of fear, that’s going to be birthed out of love and be better, the writing is going to change lives, and words are going to change the world, not only yours, but the words of so many people who are also learning the same lessons.