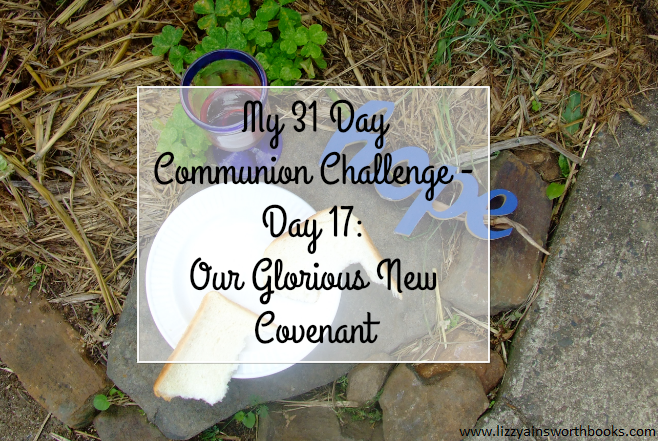 When Jesus came to the disciples and said to them ‘I long to break this bread with you and drink this cup’ and after He had blessed the bread and brake it, He said, “this is My body that is broken for you.’  Then He took a cup of wine and said, ‘This is My Blood of the New Covenant that is poured out for many unto the remissions of sins.’

The Bible doesn’t record the disciples saying anything profound at that moment, they were silent, because they realised what a great step this was, what fulfilment this was.   Even though they didn’t get what was coming at the cross and it too was fulfilment, this breaking of bread was overwhelming.

We’ve looked extensively over the past two and a bit weeks of what made up the old covenant, especially what the Passover meal symbolised, and how all of Israel walked out of Egypt healthy after partaking of that special meal.  How communion is our way of partaking of that meal, and the benefits of partaking in communion regularly.    Today we’ll look at a few other differences.

The Old Covenant was sealed by circumcision, and in essence Abraham’s blood, and God’s substitute the animal.    The New Covenant sealed by Jesus’ blood, the man without sin, so that sin could not just be covered and atoned for but wiped clean.

Jesus became the High Priest and instead of only being permitted to come in and go out once yearly, He sat down at the Father’s right hand.

When Jesus died on the cross, the curtain in the temple to the Holy of Holies was torn in two from the top to bottom.  We were free to come to God through Jesus, not just one man, but every man who confesses his sin and believes in Jesus.

“For then would they not have ceased to be offered? Because that the worshippers once purged should have had no more conscience of sins.”  Hebrews 10:2

No more consciousness of sin.  Is that something we have grasped?  That we are righteous?   Many of us have not, we still struggle sin.   I’ve been in ministries where after praying for someone and having them confess their sins, we hand them a sheet called ‘Who I Am in Christ’ with references galore and it’s wonderful, but only if they read it consistently and let that truth soak in, and most don’t.

Would you write this truth somewhere and focus on it, ask God to reveal depth and wisdom about this to you?  Speaking and praying God’s Word over ourselves is one of THE most POWERFUL weapons we have, in renewing our mind.  Would you do this with me?

Today I have been digging through more of E W Kenyon’s book The Blood Covenant.  You can find an audio version here.    Tomorrow I’m looking at the power of declaration.