The past couple of days we have laid the basic foundations for communion, What, Why, Where, When and Who, so check that out, if this a new concept for you.  Today we are really going to dig into the 2nd chapter of Joseph Prince’s book Health and Wholeness Through the Holy Communion, on How to Discern the Lord’s Body. 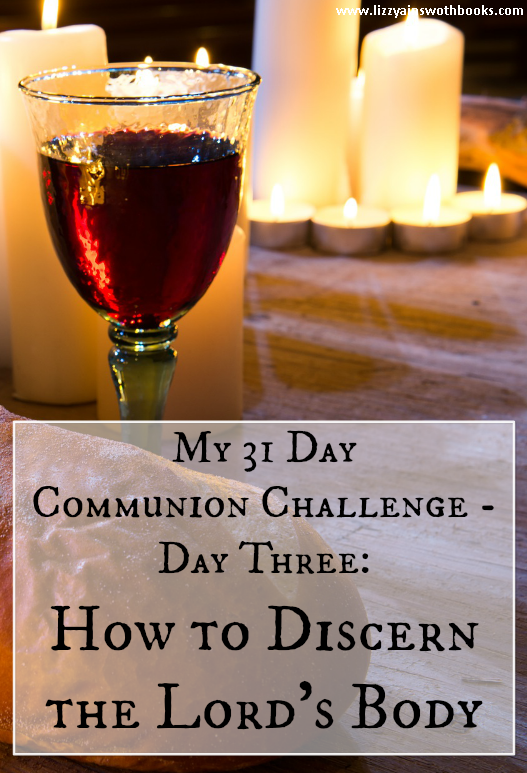 The first scripture that Joseph Prince presents is:

For he who eats and drinks in an unworthy manner eats and drinks judgement to himself, not discerning the Lord’s body.   For this reason, many are weak and sick among you, and many sleep. 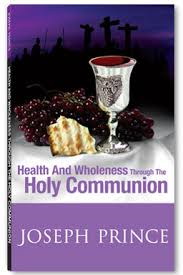 To be honest, like Pastor Prince says here, there’s never been any real teaching in any of the churches I’ve been at the blood is for forgiveness and the body is for healing.

The woman was a Greek, a syro-Phoenician by birth, and she kept asking Him to cast the demon out of her daughter.  But Jesus said to her, “Let the children be filled first, for it is not good to take the children’s bread and throw it to the little dogs.”  And she answered and said to Him, “Yes, Lord, yet even the little dogs under the table eat from the children’s crumbs.

So the bread Jesus is referring to could be as healing, because it was part of God’s covenant with the Jews even though many of them were not walking in it because they had honestly forgotten that it was part of their covenant, even though it stretched way back to Abraham, where he asked God for healing from barrenness for Abimelek’s wife and maidservants.  Genesis 20:17

Did you know that even Matzah which is the unleavened bread used in Passover, which was what Jesus originally presented as the first communion or ‘Lord’s Supper’ before He was crucified, is symbolic of Jesus.  The bread is made with leaven, which is previously referred to as ‘sin’, there was no sin in Jesus, and it is pierced as Jesus was and striped.  Jesus was striped for our healing:  ‘By His stripes we are healed.’ Isaiah 53:5

We are going to explore Isaiah 53, in much depth in a few days, and we will discover more specifics of how Jesus heals us, even down to him receiving 39 stripes or lashes, and how medical doctors say there are 39 categories of diseases.  Profound or what?

Jesus refers to Himself as the Bread of Life.

Then Jesus declared, “I am the bread of life. Whoever comes to me will never go hungry, and whoever believes in me will never be thirsty. John 6:35

So discerning the Lord’s body is simply realising that it is for our healing and taking it with that knowledge in mind, thanking Him for it and asking for deeper revelation. 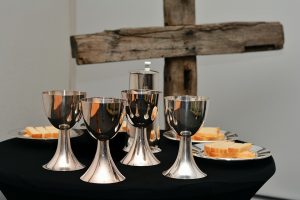 God calls Himself our healer, way back at very first Passover, and if that was a shadow of things to come, and the lamb that was slain with it’s blood marked over the doorposts for their protection, and that same lamb and bread caused them to walk out of Egypt in supernatural strength and health, then how much better is our new covenant and healing through Communion?

“He said, ‘If you listen carefully to the voice of the LORD your God and do what is right in his eyes, if you pay attention to his commands and keep all his decrees, I will not bring on you any of the diseases I brought on the Egyptians, for I am the LORD, who heals you.'” Exodus 15:26 NIV

God, our heavenly Father, is Jehovah-rapha, “the Lord who heals you.”

Isn’t it amazing what can happen when we correctly discern the Lord’s body?

I have briefly outlined the 2nd chapter in Joseph Prince’s book, though I am leaving out a lot of testimonies, which you can find  here of people who have received healing through taking communion and discerning the Lord’s body, including painful cramps during menstrual periods because of a certain medical condition and  a strained knee.  There are many more in the book especially for people with serious illnesses.

Until tomorrow, many blessings.

This is part of a 31 Day Series on Rediscovering the Holy Communion, but I understand that for many people that is quite overwhelming, so I’ve condensed it down to a 7 day e-mail series, that is deep and foundational, yet manageable, and I’d love to have you join me on this journey.